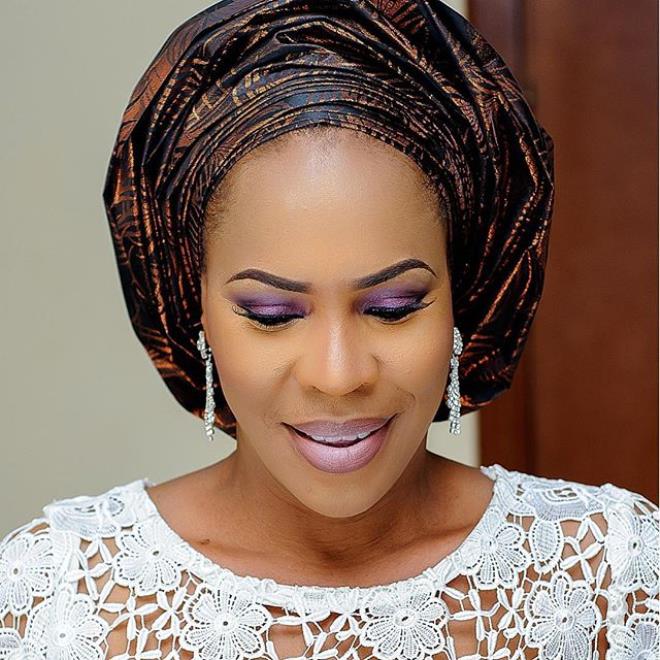 Star Actress, Faithia Williams has stepped up her game. She has expanded her business horizon. She has gone into Beauty & Food Business in Abeokuta. Faithia Akorede Adunni Williams is an accomplished Theatre Practitioner. She is a super actress and Movie Producer. She is a popular and multi-award winning Nollywood actress who started her acting career in the early 90s. She mostly appears in Yoruba movies and she’s been featured in a lot of movies over the years. She’s loved by fans for her very pretty and non-aging looks.

For sometime now, Faithia has expanded her business frontiers. She is now into Beauty & Food Business. She opened her House of Faiteer, in Abeokuta, months back. It deals in Bodycare, Cosmetics & Organic products. She does Manicure & Pedicure, Nail Fixing, Tieing of Gele/Head Geer & Make Up. She sells Wigs. She makes Wigs. She owns a Saloon. She also does Braiding & Fixing of Hair. She also does weaving of Hair. She sells her Bodycare products. All her products are organic. Thats for her Beauty business.

She has also gone into Food Business. She recently floated Unusual F Kitchen at No 41 Quarry Road, By Anglican School Junction, Abeokuta. On Easter Monday she had her Easter Monday Buffet!!! It was an Eat-All-You-Can-Eat for just N1,500. It was Breakfast, Dinner & Lunch.

She was born into a polygamous home and a family of 9. Her family was very much middle class with a fair balance in her parents wealth. She had a Catholic background and grew up in Ikeja where she did a lot of her early education.

She worked at Chips Bit & Bit, a computer company on Toyin Street, Ikeja, Lagos back then and she was earning 5,000 naira per month. She does not know whether to call it Fate or Coincidence! One Alhaji Fatai Teniola introduced her into the Movie Industry by casting her. It all started in the early 90’s. She disclosed that acting was never part of her dream, saying she had wanted to be a Broadcaster, even though her father wanted her to be an Accountant.

She stated that she could not achieve her dream because she could not pass her JAMB exams and as a result of staying at home for so long, her father had to give her the freedom of doing whatever she likes.

She also revealed that she had to give Law a trial, but could not cope because of the extra work needed by Law students in school. Speaking with the Nation newspaper, she once said, “After several attempts with JAMB, because my Maths was poor, and coupled with the fact that I was staying too long at home, my father advised that I go on to do whatever pleased me.

“So, I went to study Diploma in Law at Kwara State Polytechnic, Ilorin. But that one too became too wide for me, the reading was getting too much. I left and travelled to the UK. By that time, I had been introduced to acting. “A brother and family friend introduced me to the late veteran actor, Kokonsari. Along the line, I met the likes of Dele Odule, Toyin Adegbola, the late Ireti Adekola and many others. But I started fully when I returned to Nigeria in 2000.”