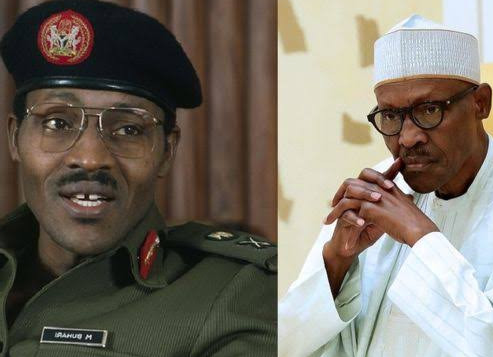 More than one week after the ENDSARS protest had swept the streets of the nation, leaving carnage and destruction of billion Naira worth of property on its trail, President Muhammadu Buhari’s response to the bloodletting demonstration fell short of the expectations of millions of Nigerians who listened to the speech. His response was not only poor but a reflection of the gross inadequate perception of the depth of issues at stake and the deeply wounded public psychology that had been worsened by the President’s inability to provide immediate solution and calm nerves.

The incident that led to the blow-up of anger,  destruction, murder, arson, that left Nigerian streets in various towns, cities, states and geo-political zones in a welter of blood, imperceptibly came to life in Ugheli, Delta State, when a youth, simply called Joshua, was arrested by SARS operatives and bundled into a police van jumped out of the vehicle in desperation to escape and avoid dreaded SARS’s torture at SARS station.

SARS operatives in their vehicle with Joshua never knew that what was happening was being recorded with a smartphone and simultaneously uploaded on the internet by a prince of Ugheli who was in the car immediately behind them. Thus the manhandling and physical torment of Joshua by SARS operatives were being watched by hundreds of thousands of people on social medial.

The photographs of the torture and the desperation of Joshua and determination to escape probably ignited and rose the anger of viewers across Nigeria, Africa and probably the whole world. The response was immediate and unprecedented and could not have been anticipated by either the SARS  operatives who arrested Joshua or the police authority. The other incidents have also been happening since, and after this particular one, they could not have known that the game was up. This is democracy that insists people must be treated with dignity. Nigeria is not a jungle and people are no animals. No to SARS brutality became the rising voice of protest.

The protesters streamed to the streets in state capitals. From  South-West to South-east; the South-south to North-central and even North-west. The authorities were shocked by the spontaneity and the large-scale of mammoth crowds that were drawn to the streets, singing ENDSARS refrain. Those who thought it was all child’s play were alarmed when food and potable water were being shared to demonstrators who were stimulated by music supplied by disco-jockeys. The development was a reminiscence of protest against subsidy removal in 2015 at Freedom Square at Ojota, in Lagos.

Lekki presented a frightening picture as demonstrators were reported to have slept on the road. The situation degenerated as reports of armed gangs attacking demonstrators filtered to the protesters  which led to an explosion of rage as protesters vented their anger burning police stations as hijackers looted shops. At the height of the melee, Gov. Sanwo-Olu revealed that twice, attempts were made to burn Apapa Wharf & Tin Can Wharf. The development made the Lagos State governor call President Buhari twice on phone, Regrettably, the President didn’t take his call. Later, in the evening, it was the Chief of Army Staff, who reportedly called Sanwo-Olu back to inquire on the state of affairs in the state.

With the burning of many police stations in Lagos and other states, Sanwo-Olu declared curfew in Lagos State to douse the intensity of the disorder that has taken over the state.

(1) Observers asserted that the absence of President Buhari’s immediate response to the protest led to deterioration and worsening of the crisis in Lagos and other states.

(2) Among 10 things Buhari should have done to lower tension  and calm frayed nerves are one, he should have immediately fired Inspector-General of Police and appointed a new one, probably from the Southern zone of the country who is acceptable to the top hierarchy of the police.

(3) He should have announced an immediate upward review of police salary in response to better salary cry for police to improve not only their level of performance but inculcating decency in their day-to-day duty in recognition and upholding of human rights and dignity of any person arrested.

(4) The increase in salary would, undoubtedly,  boost the morale of officers and men of the force. The Vice President, Professor Yemi Osibajo made some efforts to calm nerves, but the efforts were not adequate.

(5) He should have been temporarily deployed to the South-west, his constituency, for more effective presence and pronounced impact as the demonstration was loudest in the South-West.

(6) Ministers should have been deployed to their different states for monitoring the protests and mobilizing their people to end the demonstration.

(7) Buhari should have used social media to douse tension, talking to Nigerians, especially the aggrieved youths, outlining what policy measures that would be put in place to make police brutality a thing of the past.

(8) The members of the public were, however,  shocked at the openly uncoordinated 15-minute speech on Thursday that was not inspiring, lacking in-depth and not tailored to defuse tension and assuage the people’s rage of the moment.

(9) It was a surprise that the resolve and decision of the  National Security Council meeting which held before the national broadcast of the President’s speech was not reflected in his speech.

(10) The body language of the President was a confirmation that he would not have addressed the nation if the National Assembly had not urged him to do so. This, to say the least, was unpresidential and unstatesmanly.

The ENDSARS protest was long in coming, pockets of youths had planned a protest against SARSbrutality in the year 2019, which did not materialize.  The government could not claim ignorance and, of course, the non-challant attitude of the government to a very serious issue that may not only disrupt peace, but drive the economy to doldrum was an open disdain that must be condemned by democrats.

The ENDSARS was a front, a platform, the pent up frustration and anger of the public go beyond police brutality. There is mass unemployment in the country. Figures from Statistics office revealed that more than 29 percent of the populace is out of jobs, representing more than 35 million youths yearning to earn a living. They are an army in waiting. There are those workers who are owed months of salaries arrears licking their wounds in silence. The increase in fuel price, hike in ad valorem tax (VAT) from 2.5 percent to 5 percent and a rise in electricity tariff, collectively sent prices of goods and services skyrocketing.

Now,  Nigeria has on her hand, a state of anomie. The government should quickly brace up to provide jobs for the mass of the unemployed.  There should be devolution of power on security. The governor is the chief security officer of his state. He should be empowered to rise to security challenges in case of an emergency such as we have on our hands at present.

If These 4 Types Of People Are Your Friends, You’re Not Likely To Be Successful In Life