10 Movie Producers Making It On NETFLIX This Pandemic 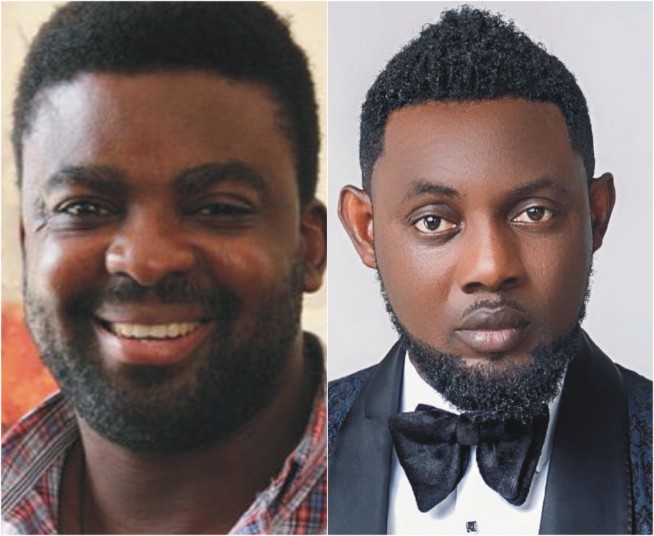 It’s no more news that the Covid-19 has affected the movie industry big time and a lot of producers incurred huge losses during the lockdown. Despite this, there are few producers whose movies have been acquired by Netflix, putting a smile on their faces during this difficult period.

Ayo Makun popularly known as “AY” is a well-respected movie producer, actor, comedian and director, he is also the host of AY Live Shows and Comedy Skits. He is one of the most successful movie producers in Nigeria, producing blockbuster. Movies back to back such as 30 Days In Atlanta, A Trip To Jamaica, 10 Days In Suncity, and a host of others. His latest movie titled Merry Men 2 is currently one of the leading movies showing on Netflix.

Omoni Oboli is a beautiful actress, producer and director, she studied at the New York Film Academy and has written several screenplays such as the Figurine, Anchor Baby, Fatal Imagination, Mrs. Elliot, The First Lady and Wives On Strike. Her latest movie titled “Love Is War”, which she played the lead alongside living legend Richard Mofe Damijo is presently among the top movies on Netflix. Prior before now, Netflix had also acquired her other movies such as “Okafor’s Law”.

Kemi Adetiba is equally not left out, her movie titled “King Of Boys” is among the top 10 movies on Netflix. She is a Video Director Filmmaker and Television Director, whose work shows the level of her talents and skills. She has been able to build a niche for herself in a male-dominated industry.

Kunle Afolayan, award-winning filmmaker and actor has almost all his movies on Netflix already. He is described as one of the best moviemakers in the movie industry with over 15 self-produced blockbuster movies to his credit. His movies such as The Figurine, October 1st, The Bridge, Mokalik, Phone Swap, The CEO and a host of others are all on Netflix.

Mosunmola Abudu popularly known as Mo Abudu is a Nigerian media mogul, philanthropist. She was described by Forbes as Africa’s most successful woman and rated as one of the “25 most powerful women in Global television’. She is also CEO of Ebony TV, which produces high grossing movies in Nigeria, movies such as Chief Daddy, Your Excellency, and others are all from the stable of Ebony Life Television and the above-mentioned movies are rated top on Netflix.

Toyin Abraham is currently rated one of the successful actresses in the movie industry and she is also known for producing blockbuster movies, which makes huge sales in cinemas. Her movies “Ghost And The Tout, Seven And A Half Date are among the Nollywood movies that have been acquired by Netflix.

Bolanle Austen Peters is a successful businesswoman, lawyer and award-winning film and theatre director. Her movies The Bling Lagosians and 93 Days are among the top-rated Nollywood movies on Netflix. These movies are also classified as among the top Nigerian movies at the box office.

Genevieve Nnaji’s debut in directing the movie “Lion Heart” is the first Nollywood movie acquired in Nollywood, before they started considering other movies as well, so it will be so right, to say this ageless beauty set a standard for others to follow.

10 Movie Producers Making It On NETFLIX This Pandemic was last modified: July 29th, 2020 by Biodun Alao