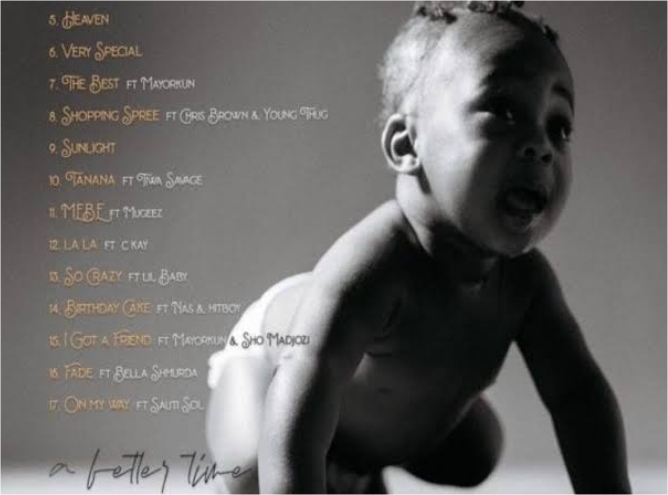 This year, the music scene has been shocked refrained but, however, saken up owing to the coronavirus pandemic.Several artistes, however, were not deterred by the lock-down but found appropriate ways to boost their music. In the past month, the heavyweights dropped projects and it is safe to say that the music space was saturated with a large dose of albums from artiste like Davido, Wizkid, Tiwa Savage and others. City People’s Entertainment Reporter, Precious Pomaa brings u a list of 10 albums rocking the music scene.

With over 17 songs, that feature and love as the theme of his most-talked-about work, singer and songwriter, Davido, has taken his rightful place as Africa’s King of Music. An album, which boasted some of the brightest music heads in the country, marked 19m under the first 12 hours of release. Davido’s track record of not releasing any bad song since his debut in the music scene raised level of the record acceptance. The album is a follow up to his album, a good time. Each track has its message of love, but with a wider spectrum of discussions beyond just love. Interestingly, OBO as the singer is also called, paints his lyrics with his experience of being in love. He featured artistes like Mayorkun, Lil Baby, Nikky Minja, Chris Brown, Bella Shmurda, Ckay, and many more.

MADE IN LAGOS – WIZKID

On the 8th of October, Olamide released an album tagged: Carpe Diem. It has 12 songs on it. Its production was handled mainly by Pheelz. It has guests appearance of Phyno, Badboytimz, Omah Lay, Bella Shurmda, Fireboy and others. All songs on the album are hits.

Twice As Tall was released August 14, having the biggest opening weekend ever for an African artiste album on Apple Music globally. It is Burna Boy’s third studio album since he became an international superstar and one of the biggest artists on the continent when he released 2017’s Outside, which he followed up with African Giant in 2019. Twice As Tall features Chris Martin, Stormzy, Sauti Sol, Yossou N’dour and Naughty By Nature. It received mixed reviews upon release on Twitter with some fans expressing indifference. The album incorporates more western influences than his previous projects and the adjustment has been a bit jarring for some listeners.

Fireboy DML released the long-awaited second studio album Apollo. The 17-track album includes “ELI,” “Tattoo,” and “New York City Girl” as well as appearance from D Smoke, Wande Coal and Olamide. The album was released on August 20 and announced on the singer’s Twitter account. Fireboy said: “This album is about evolution, growth, love, and pain. Gratitude to God for blessings. Gratitude to everyone who worked with me on this album; gratitude to my team (YBNL/EMPIRE), my family, and the kings who blessed this project with their presence.

Exciting young DJ and producer, Cuppy has unveiled her debut album Original Copy, released on August 21. Original Copy features an array of high-profile collaborations and sees Cuppy tap into a sound she describes as “Neo-Afrobeats,” with the 12-track releasing tackling themes ranging from independence to love lost and African pride. The LP features singles ‘Jollof On The Jet’, the global sensation featuring Rema and RayVanny that has dominated air in over 15 countries, and the recently-released ‘Karma’ featuring award-winning dancehall star, Stonebwoy.

Zlatan dropped his much- anticipated EP entitled: Road To CDK (Casanblan Dè Katamatophia) on June 20. The five-track project features Oberz, Papisnoop and Jamo Pyper. The lead single, of the same title, was the first track to be released in March in the run-up to the release of the EP itself.