10 Popular Clubs In Port Harcourt Where The Rich Unwind 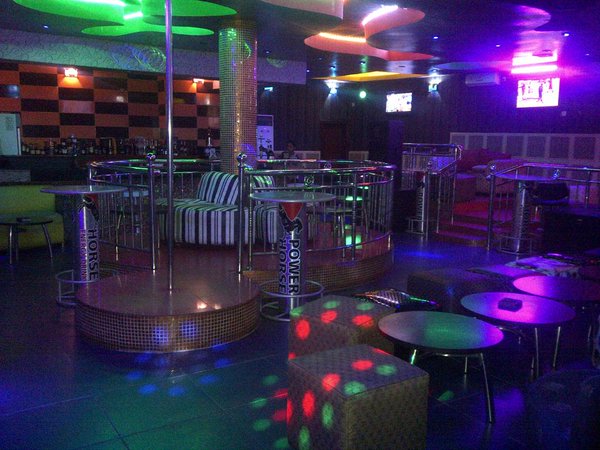 There are wealthy residents in the city of Port Harcourt who look on to finding relaxation outlets that befit their personalities and only exclusive sporting social clubs can provide them such avenues. Hence they find their equals and associates to cling on together with as tey exchange business ideas and contacts while relaxing and unwinding after a hard workng day’s job.

If you are new visitor to Port Harcourt the popular Garden City one of the land marks you will see is the well organized Port Harcourt Club 1928 which is situated at the heart of the city. It is being run currently by Frank Briggs the Chairman College of Captains. Here it is admission of well-To-Do members of the public which include sucessful professionals, lawyers, medical doctors, Architects, top businessmen and women and civil servants. there are college of captains who man several sporting activities and men and women are admitted as couples are encouraged to enrol for membership. Quite unique is the Port Harcourt Club Golf Course which has 18 Holesand measuring 6.47M over 10.42 Km one of the best in Nigeria.

In the GRA Phase 2 area of Port Harcourt is Polo Club which was established in 1972 by Lt. General Theophilus Y. Danjuma and others. It is know for its quality of members who do converge regularly for Polo games activities and ownership of best Ponies that is horses remain one of the attractive condition for members. Each January every year attracts Polo Players from allover the world who gathered for the annual Polo tournament. Antony Osagie has been in the leadership of Port Harcourt Club. Even Mr Osagie Okunbor Shell Chair companies in Nigeria is an ardent Polo player.

Within the princinct of the Bori Camp Army Barracks Aba Road  popularly called Zamani Lekwort Cantonment Port Harcourt is Air Assault Golf Club with Air Force 97 Special Unit in Port Harcourt  being located close to it and adding value to helping officers and civilians regularly exercise. It has an 18-Holes which makes it one of the highly valued Golf Clubs in Nigeria.

This is one of the most exclusive social organization which majority of the big boys belong to. It includes top politicians, businessmen, professionals like Lawyers, medical doctors, International Oil and Gas workers and successful men. People like former Governor of Rivers state before he was elected was a member.

In the Shell Petroleum Development Companies Residential Area-R.A as it is called is Rumuokwurushi Golf Club which measures 4.50m by 7.24 kilometers and has 9 Holes. It houses great men and women wo usually gathere there regularly to unwind after each days job and to keep fit for the Oil and prospecting and exeploitation business taht they run. Not only others members of the public are also admitted if of high social esteem.

This daring Motor Cycle Power Bike riders are unique in the ability to controlling the highly expensive Motor Cycles. It admits men and women who converge at their Tombia GRA Phase 2 area of Port Harcourt to meet and strategise. They have taken part in major Power Bike riding events from Calabar Cross River State Carnival to West African Bikers Converge super events which they took part in. Governor Amaechi while in office as Governor of Rivers State from 2007 to 2015 popularized Power Bike riding as fun and recreational activity. And deputy Speaker of Rivers State House of Assembly Hon. Marshall Stanley-Uwon is a member of Hard Riders Club House Port Harcourt.

For sear farers and those who love aqua sports Boat Club is a place where the fearless and intelligent people enlist and have convival hard fun riding the waters. Here people like Rear Admiral FBI Porbeni is the patron and usually sponsors Port Harcourt Boat Clubs Tourmanents.

Navy officers and distinguished members of the public do gather at  NNS PATHFINDER Barracks Golf Course to unwind regularly. The serene atmosphere which is close to the Sea offers unique social environment to most golfers. And those civilians who visit the Golf section also enjoy socializing with the Navy personnel whp partonise the club.

Inside Finima Bonny Island is Nigerian Liquified Natural Gas project which host international workers and businessmen and women. And like they say that all work and no play makes Jack a dull boy. so for the professionals who work at NLNG Bonny Island Golf Club is a good recreational outfit which has 9 Holes and measures 53.07 Meters and 85.41Km. Being located inside the Atlantic Ocean shore makes it a unique place to visit by golf players.

This is a place along Rumuola road where businessmen and some professionals gather to unwind each day. In 1998 Achike Udenwa who was a Chartered Accountant with Moniers Construction company-MCC Port Harcourt was a member and it was from Peoples Club of Nigeria Port Harcourt branch that he nursed the ambition of becoming an elected governor of Imo State.

Opposite the SOS Police Office Port Harcourt Old GRA is NULGE Club House which members of Civil Servants working at Port Harcourt City Council do gather to unwind. The Consulate centre has one of the best eatry in the vicinity where public workers do visit for recreational activities.

Those who are professionals like lawyers do engage in relaxation after much brain work inlegal practice. So a gigantic Nigerian Bar Association an Umbrilla body of practising lawyers have a centere where they gather to unwind opposite Port Harcourt City Council office complex.

The pen pushers practising journalists are not left alone in providing convival atmosphere to unwind after much brain power job taht they do. So, opposite Rivers State House of Assembly Complex is the ultra modern building where journalists and members of the public do gather each day for recreatioanl avtivities. It has a Pent House Lodge where big boys do check for relaxation.