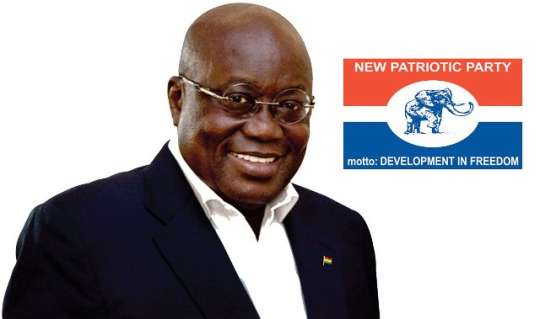 According to the EC’s statistics, Nana Akufo-Addo got 53.85% of the total votes cast as against 44.40% recorded by President Mahama.

The declaration of Nana Akuffo-Addo (who had failed in his presidential ambitions in 2008 and 2012 as NPP candidate) as the winner of the election brings to an end the era of ‘Johns’ becoming Presidents; John Rawlings, John Kufuor, John Atta-Mills and John Mahama from 1992 to 2016.

In this piece, we listed 10 major factors that contributed to President Mahama’s shocking loss.

It was a call to change from Nana Akuffo-Adoo, who described President Mahama as the most “incompetent in the history of Ghana and a threat to the future of the country. Nana took his campaign of change everywhere in Ghana, promising the youths with jobs and better education and a government free from corruption. His ‘one village, one dam,’ one district one factory’ campaign slogan and many other policies sold to more Ghanaians, considering the present situation of things in the country.

President Mahama was unlucky to have come into office in 2012 when the Ghanaian economy was suffering a harrowing time. Things were very difficult in the country and it took a very long time for the Mahama government to put things under control. The Ghana cedis witnessed its biggest slide during this period and inflation rate skyrocketed. All these culminated in a sharp drop in the approval rating of the Mahama administration. The wide margin in the number of votes recorded by the two major candidates (about 1 million) is the highest ever recorded in this Republic. 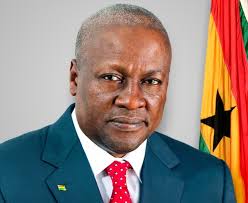 Another issue that bedevilled the Mahama administration in the build-up to this election is the incessant power crisis that rocked the country. Like Ghana has never experienced in almost 2 decades, power crisis rocked all the cities across the country, particularly the capital, Accra. Not a few Ghanaian held this development against the President. ‘Dumsor’ as the power crisis is locally referred is a major issue that worked against the Mahama Government. The opposition latched onto this and based a key part of their campaign on it.

Ex-President Jerry Rawlings should naturally be President Mahama’s godfather, being a key founder of the NDC. Unfortunately, Mahama and Rawlings never enjoyed a robust relationship since he (Mahama) got into office in 2012, following the sudden demise of his predecessor, Professor John Atta-Mills. The gap between Mahama and the Rawlings family widened during the 2012 elections, when Rawlings’ wife and former First Lady, Nana Agyeman-Rawlings’ formed a new party, NDP on which platform she contested against Mahama. She contested against him again on the ticket of that same party last Wednesday. A lot of analysts believe that Mahama’s chances would have been further bolstered should the Rawlingses have thrown their weight behind him. Although former President Rawlings still claims to be a member of the NDC, he was never a part of Mahama’s campaign.

President Mahama and his party, the NDC were let down by their biggest voters base, the Volta Region. Over the years, the NDC had always recorded its victory through the votes from this region. They were however disappointed this time as voters turnout in the region was less than 50%. It is generally believed that the Voltarians felt so dissatisfied with the treatment they got from Mahama during his term in office. “The NDC lost partly because our stronghold in the Volta region taught us a lesson we will never forget. In the NDC, Volta Region sounded like Voter Region. We referred to the Volta Region as our World Bank, but they turned out to be a DKM Microfinance bank when it mattered most”, Mahama said in his concession speech.

The ethnic card also played out in the elections. President Mahama is from the Northern region, and like he did in the 2012 election, he was expected to win an overwhelming percentage of the votes from that region. Interestingly, Nana Addo’s party, the NPP garnered an impressive 45% of the votes from the region. This cut Mahama’s chances in no small way. Nana Akufo-Addo is from the Central region and he won overwhelmingly there. Meanwhile, traditional voter-powerhouse of the NPP, the Ashanti region gave almost 80% of the total votes to Nana Akufo-Addo. Nana had never recorded such massive votes from the Ashantis like he did this time.

In his speech, while conceding defeat on Friday night, he said “another important lesson I have learnt from this defeat is that the success of failure of a leader depends on the kind of people he or she surrounds himself with. While Rawlings appointed the likes of Dr Mohammed Ibn Chambas as deputy ministers, I made the mistake of giving that respectable position to the likes of Otii Bless. I have now realised, rather too late, that if I had kept the likes of Ben Dotsei Malor and Raymond Atugbua around me, they would have injected some semblance of sanity into the Presidency and given that high office an aura of respectability and decency. Unfortunately, I did not listen to the voices of reason. A lot of the people who have called me to comfort me have maintained that I have been let down by my ministers and the people I trusted so much”. President Mahama had some of his appointed ministers soiled the image of his administration, which further incurred more hatred from Ghanaians.

Obviously, President Mahama ran a more expensive campaign. Notable Nigerians, including Chief Dele Momodu, campaigned vigorously for him. Nigerian showbiz celebrities, including Nkem Owoh (Osofia) were also contracted to campaign for Mahama. The campaign by Nigerians didn’t go down well with a cross section of Ghanaians and it obviously didn’t work any magic as it could be seen in the outcome of the election.