Over 100 designers, exhibitors to feature at Africa Fashion Week in London 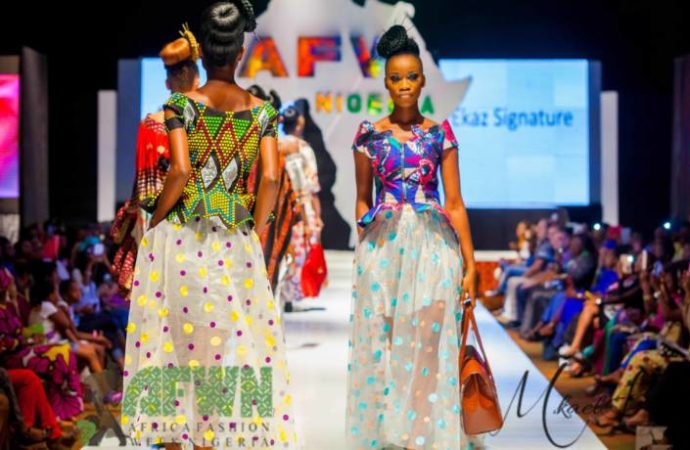 Over 100 African fashion designers and exhibitors will feature at the 7th edition of Africa Fashion Week between Aug.11, 2017 and Aug.12, 2017 at the Grand hall of the Freemasons in London.

She said that the event would be an exhibition of the African fashion whose creations had become unique designs and brands.

She said that the designers and exhibitors would be coming from Ghana, Togo, Kenya, South Africa, Congo, Tanzania, Mozambique, Senegal, Uganda and Cameroon.

“Some Nigerian designers that will, also, be participating include Signature Secret, Neopele, Lady Biba, Step Up, Sheila Black Style, House of Bo and Joela Bags.

“The Nigerian Export Promotion Council (NEPC), will lead a delegation of Nigeria’s best emerging designers that will also be accompanied by the Council’s catwalk show,’’ she said.

Ademiluyi also told NAN that no fewer than 10,000 guests were expected to grace the two-day show at the Freemasons Hall in London to be entertained by 60 catwalk shows with daily exhibitions.

“This year’s show will hold in two days; with five shows, that will have 60 designers on the catwalk, along 40 exhibitors,’’ she said

Ademiluyi said that the African show would be part of activities to promote African fashion before the international community.

“It is going to be a celebration of African designs, talents and the diverse ethnic influences that contribute to the development of fashion industry in the UK.

“Samson Soboye, an established London-based fashion stylist and a creative director behind the brand `Afro-chic’ who has worked as a freelance stylist for publications will be our head stylist for AFWL 2017,” she said.

She said that since the debut of the programme in 2011, it had been identifying and promoting new and emerging designers inspired by the rich culture of Africa and contemporary designs.

The princess said that AFWL had become Europe’s largest event for African and African inspired fashion.

Ademiluyi said that the show was conceived at promoting new and emerging designers that were inspired by the rich African culture incorporated into contemporary designs.

She said that AFWL had become the platform through which designers boost their creativity in African fashion at international markets, as well as the nation’s tourism industry.

Ademiluyi, the founder of Africa Fashion Week London/Nigeria, said that Africans should appreciate what they had and make efforts to promote them to the rest of the world.

NAN reports that the 2017 Africa Fashion Week, Nigeria organised in conjunction with the Lagos State Government, in April and June, showcased the nation’s iconic pride with the theme: “ Celebrating the vibrant Pulse of Africa’’.

Over 100 designers, exhibitors to feature at Africa Fashion Week in London was last modified: June 28th, 2017 by Arinze Ago

Amazing: See the 5-Storey Building in China That Has a Road Carrying Cars on Top of Its Roof (Photos)

350 Models Compete For Slots In Africa...

25 Hot Make Up Artistes Who Cleaned...