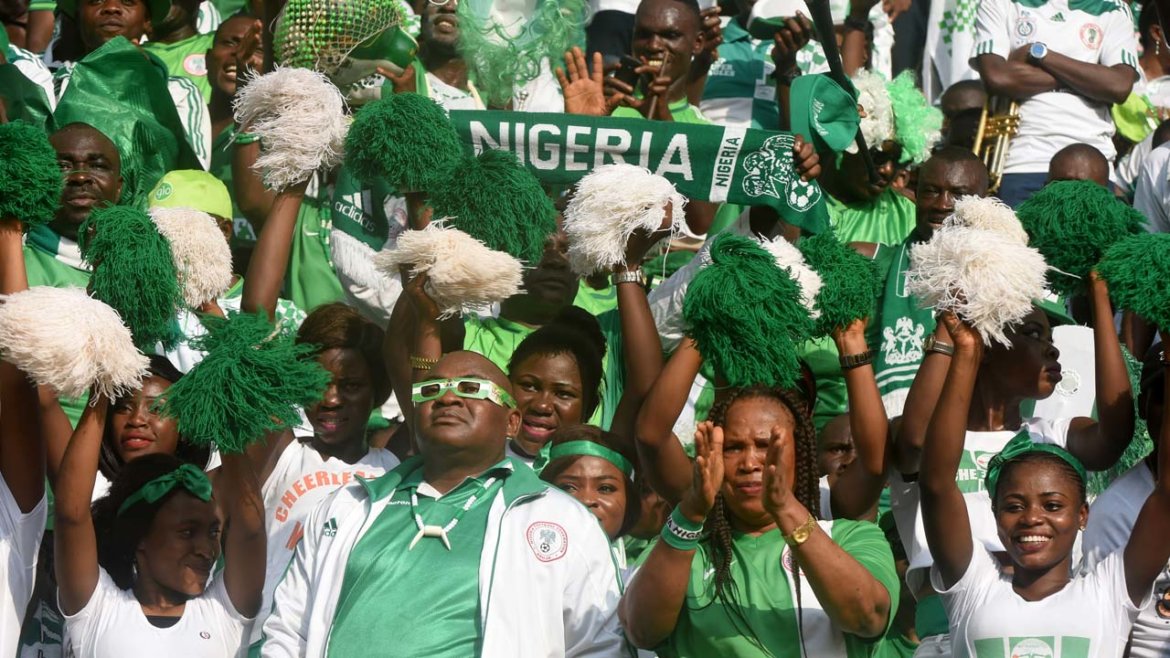 The Nigerian Supporters’ Club has revealed that not less than 1000 members will be flown to Russia to cheer the Super Eagles during the 2018 summer world cup in Russia.
According to Nigeria Football Supporters Club (NFSC) chairman Samuel Ikpea, preparations are in top gear to ensure the supporters club is adequately represented.
It’s six months to the 2018 FIFA World Cup and preparations are going on.
The Super Eagles will play their first game against Croatia on June 16, with at least 1,000 Nigerian supporters expected to hit the stadium with drums, trumpets, their voices among other musical instruments to serve as the 12th man.
“We are already mobilising our members for the World Cup in Russia. We have sent messages to the 20 registered member states and Abuja to send 50 of their members for the competition.

“We have been in the business of doing that for a very long time now, we also have members outside the country and we are ensuring that wherever they are, they are going to Russia.

“Our Marketing Unit is already saddled with sourcing of funds and the sponsors of our trip to Russia because we are a non-governmental organisation (NGO), so we need to source for the funds.

“I want to assure Nigerians that we have been doing that for the past 62 years when the club was formed, and we will not fail this time around,” he told NAN.

Ikpea said that the club would ensure adequate support for the Super Eagles with the efforts of its partners, adding that it had no issues with Telecommunications giant, Globacom over sponsorships.

“As far as we are concerned, World Cup is a target for us and we have set up committees to take care of all the logistics from the flight tickets to hotel accommodation.

“We have no issues with the Globacom over their sponsorships, in fact, we have a good relationship with them, it’s just that the economic recession in the country may have affected the company.

“We have sent our proposal to them and we are hoping to have a good response from them and if not, we will look for other sponsors to foot our bills.

“I use this medium to call on corporate organisations to give their support now that the national team needs it and not until they come with victory then everybody wants to associate with them,’’ he said.