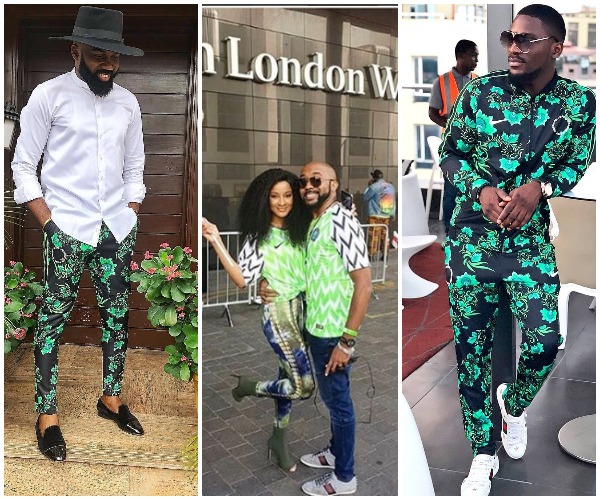 You have to give it up to Nigerians for being able to rep their country well as the new world cup kit designed by sports brand, Nike for the national football team, Super Eagles were sold out in less than 3 hours after it’s official release on June 1.

Its a well know fact the average Nigerian is said to be a technical Guru in quote when it comes to the round leather game(Foot ball) with the world cup starting in less than 11 days from now, we decided to show some celebrities who are already supporting the National team as they feature in the forth coming world cup in RUSSIA 2018!

The National jersey/ kit is being praised for being different with the design and incorporating a stylish blend to it making it unique. Definitely, celebrities will want to get their hands on it.

These are 13 celebrities already rocking the new style.

Why I Allow My Designs To Speak For Me – Popular IBADAN Fashion Designer, IKE BASHY