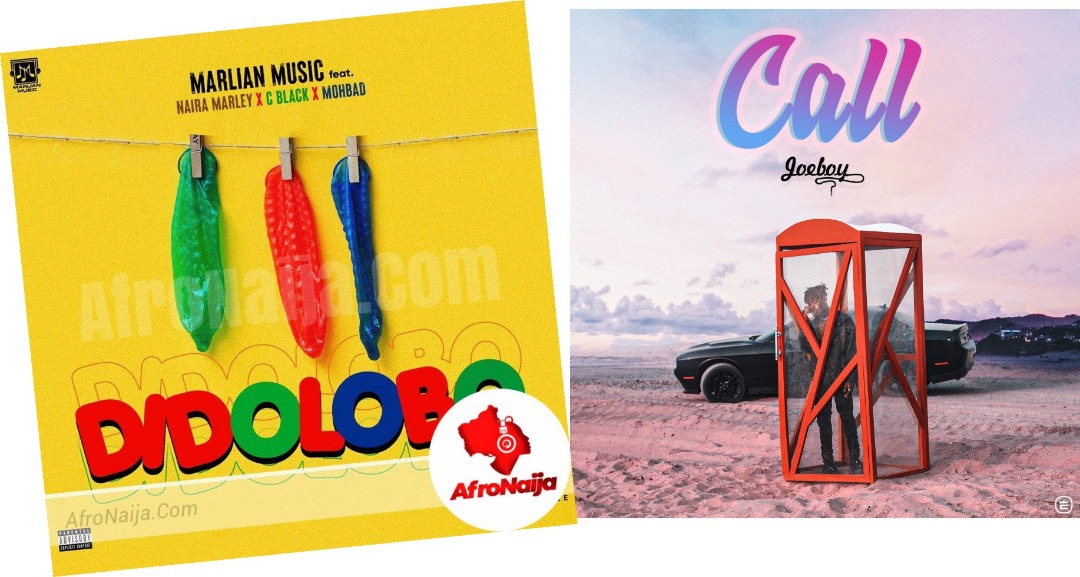 We have seen Nigerian artistes perform on their Instagram live to their fans due to the pandemic. We have also witnessed a number of top international collaborations as Afrobeats/Afropop genre continue to gain ground as the new top-notch sound on the music space. Most of them have whole album-hit songs and people are really crazy about these sounds. A lot of these achievements have been built on chart-topping and moment defining singles and we thought it is that time of that we bring them together, taking you from Davido, Burna Boy, Mayorkun, Peruzzi, T Classic to Zlatan, Zeejay Hayan, ETC.  City People Entertainment Reporter, PRECIOUS POMAA, brings you the top 15  songs people listen to during this lockdown.

ADMW boss comes up with another banger featuring Peruzzi, Dremo, and The flow. Just as they call it mafa mafa and it happens to have the happy vibes. It has really blown the mind of so many people in Nigeria and outside the country. In a few days of dropping this song, it did so well on Itunes and top charts all around the world. As we all know Davido’s song gradually enters the soul of people. Mafa gradually entered the soul of Nigerians and it has become a national anthem in this Pandemic.

Currently a national anthem all around the world with its mad description dance. It features 2 of the Marlian music Act Mohbad and C black this song was dropped after Naira Marley was let out of the police custody after he attended Funke Akindele’s husband’s birthday party. Many of people are currently vibing to this Jam. So, many criticize it but still sing to it. Its on every girls Instagram story and DJs who play one, their Instagram live is seen them dancing too Didolobo.

Nigerian singer, Mayorkun is not stopping anytime soon. Isn’t it obvious? Just a few days ago he gave us the “Geng Remix EP” and now, he has delivered a brand new single titled “Of Lagos”. The DMW wonder boy has given us receipts to back up his claim as the mayor of Lagos. The record is a whole bang, you may probably have no other choice than shake your head to the highly infectious tune. The sought of Lagos” was produced by DMW’s in-house music producer, Fresh VDM and it was engineered by the highly skilled STG.

This is a New street anthem by Zanku Records Soldiers “Rahma Jago” featuring “Zlatan” and “Jamopyper” titled “Of Lala this song is on the mouth of every youth, it also has a dance which is used to vibe along. Rahman Jago has back to back been dropping hit songs.

Gunshot is a song by Peruzzi, even though all his singles have not been major hits but Gunshot has done real good in Nigeria and outside, with its wonderful lyrics talking about a girl who is so beautiful and the video narrating the whole story of the lyric. Gunshot is a song he dropped after Heart work the EP this song has gained massive airplay in and out of the country and young people, especially ladies are really crazy about the song.

Where you dey is a song from his recently dropped Ep, this happens to be the 4th on the EP. This song has gone places without a visa. Though TClassic is a newcomer his grace is just one of a kind. He is not signed to one of the big labels but his label boss Darasimi does big things for him. This song talks about a girl who is truly in love with her.

An Album by Ybnl young Damola aka Fireboy DML. This album has been used to console heartbreak. Fireboy is naturally known for always having a way to enter the lovers’ mind. He gives them what they want to hear in his lyrics. He is one great talent that Baddo doesn’t joke with. Fire boy is really talented, all his songs from the back have been massive hits, especially Jealous and this album which got so many big celebrities dancing to it and fans making covers to the song.

Doro music big boy LYTA bounce back with a wonderful song called Monalisa. This song was accepted by all. The song got Davido excited he had no choice but to jump on the remix and even paid DIRK for another video which was shot in Senegal with all expenses on him. This song got many wondering and thinking.

A song by Joeboy Banku music act, Call is really doing well all over the world. The promotion on this song is massive, all radio stations play this song back to back. It all started from twitter when he dropped the song, young people got crazy about it because it talks about a guy asking a girl what he could do to get her love because he has done a lot to get her love but nothing in return.  All he did was not working out.

Highly rated Nigerian singer, Bad Boy Timz a brand new song MJ (Michael Jackson) which was produced by Semzi and it comes following the release of his previous single “Complete Me” which dropped back in November 2019. This jam is one of the most-streamed songs in Nigeria. Timz is new in the game but has managed

Rema-one of youngest in Mavin Records came forth with this hit song that got all the university girls crazy about him. This happens to be his first single in the label this year after his EP and it already went viral. So many people are really crazy about this song because of its lyrics. So many vibes to and even make it their ring tones, it hit 1 million in few days of its release on ItuesRema is a newcomer but very talented.

A song by the new sign-in- mavins record, this song gained massive airplay within few days of release and also topped 1 million on iTunes. This song talks about a girl who is so pretty he was all over her, praising all the pretty girls around him and his fans. People are not just crazed about the song but also crazy about his dance step which he came out with when he was recently announced as one of Mavin’s big boys.

A song by two legends Olamide Badoo and Star boy a beat by ID Cabasa, no one expected this song because it dropped a long time before they thought about the video and the promotion. It seems like the just woke up to the song and started doing the needful to the song. It became a hit because of its chorus which says Totori me one-time Totori, Nigerians took the slang and used it up. If this song is not played at any club before you leave then know there is a problem with the club or better still the club should sack the Dj.

Yes or no is a hit song by Djkaywise featuring the young talented T Classic. As you all know his lyrics are usually fireworks, he gave all the Love on the song. The lyrics is about to him asking his babe if she loves him and will like to marry him. Ladies are already vibing to the sound as he is the ladies’ man and they can’t get enough of his amazing sound.