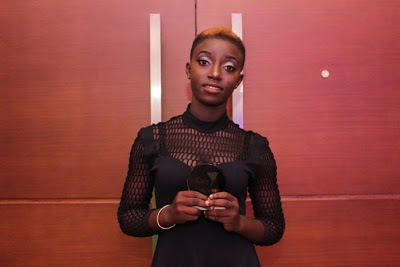 2016 Jigwe Award winner, Rashidatu Mohammed, who over the weekend posted a video of her dancing naked on the internet has been arrested by police in Berekum in the Brong Ahafo region for leaking her nude video.

The 18-year-old caused a stir on social media after her nude video was leaked.

Rashida Black Beauty as she is popularly known was seen displaying her private parts in the 2-minute explicit clip which has gone viral.

Reaction on social media has mostly been that of disappointment with many condemning the teenager who was once hailed for taking a jab at her ex-boyfriend.

Rashidatu Mohammed has since apologized, suggesting the video was not meant for the public.

But Dominic Donyina said a source at the police station said the young lady was interrogated about the leaked nude video and could be charged for indecent exposure.

18 Year Old Ghanaian Girl Who Broke The Internet With Video Of Her Dancing Complete Naked Arrested was last modified: July 26th, 2017 by Arinze Ago