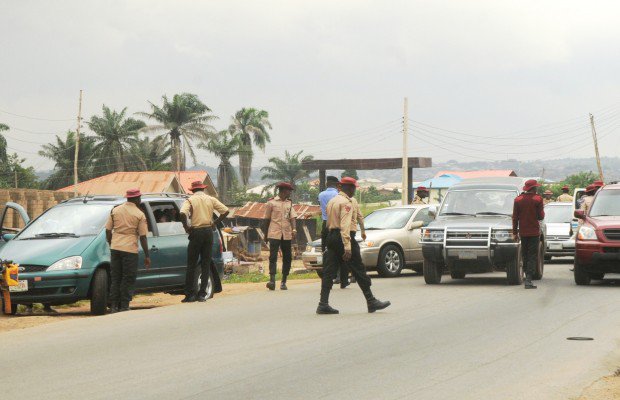 Not less than thirty-seven members of the National Youth Service Corps, (NYSC,) who completed their service on Monday in Ogun State, were involved in an accident shortly after leaving the orientation camp in Sagamu.

The Sector Commander of the Federal Road Safety Commission, (FRSC), Ogun State Command, Clement Oladele, who confirmed this, said 19 of them comprising nine males and ten males were injured.

He said the corps members were heading to Sango en route Ibadan-Lagos Expressway in a white coloured coaster bus, when the accident occurred around the Danco petrol station axis. He said none of them died, but some sustained ”serious injuries”.

Mr Oladele said the accident was caused by speed violation and loss of control by the driver. He also said the injured victims were evacuated to FRSC Accident Emergency Clinic at Sagamu.

The official disclosed that four of the victims with ”more serious injuries” were referred for further checks at Olabisi Onabanjo University Teaching Hospital (OOUTH) Sagamu.

He advised corps members, when commuting, to always caution drivers who drive carelessly especially during the raining season.

He added that if such drivers discard such warnings, commuters should call FRSC toll-free number (122) and officers will take necessary disciplinary action against such erring drivers.

The accident came over a week after some corps members drowned in Taraba while swimming in a river.