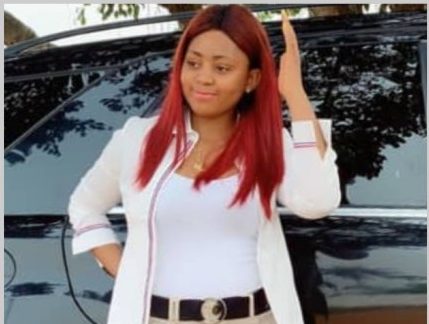 Popular actress, Regina Daniel, has become an envy of most actresses in the movie industry. The 19 years old’s achievement in the last one month, has kept many people, asking questions and wondering the source of her sudden wealth.

So, far, the year 2019 has been a very beautiful and rewarding year for the highly talented actress. First and foremost, the actress was appointed as Atiku Abubakar’s Youth Campaign Coordinator, for the just-concluded presidential election.

She disclosed her appointment on her Instagram page where she pledged her total support to Atiku/Obi 2019, and even uploaded a copy of the appointment letter on her page. As if that was not enough, her mum Rita Daniels, was also appointed South South Women Coordinator for Atiku Campaign group on the same day Regina was appointed. Ever since the appointment came everything about Regina Daniel has started taking a new turn for good. The appointment was more or less like an opened door to many other beautiful things to come. Few weeks into her appointment, the beautiful actress bought herself a brand new Benz ML 350, which was tagged a valentine gift from Regina to herself.

Just a few days after that, she acquired a mansion for her mum, which she also shared on her page with the caption, Just a little thank you for mama” with the picture of the house. She didn’t stop at that, she also got a brand new Benz car for herself which she referred to as her mini baby with the message,  “My Mini baby is here. Within a short period of 3 weeks, she got 2 Benz cars and a mansion and this has made lots of people to question her sudden wealth.

The actress has vowed to make people who hate her, to hate her more, while those who love her, love her more, as she is determined to oppress and wow them with intimidating wealth and achievements.

Just a few days ago, she uploaded her newly  acquired Rolex wristwatch and the receipt on her Instagram worth a whooping sum of 3.3 million naira when converted to  naira. Beautiful Regina was raised by her single mother, who happens to be an actress, and currently the Chairperson of Actors  Guild of Nigeria Delta State branch. The teen actress was born in the year 2000 and started acting at age 7. Her mum, Rita Daniels, played a vital role in pushing her to stardom in the movie industry. She is currently an undergraduate at the Igbinedion University in Benin city.

She is currently one of the hottest and youngest actresses in the industry. Her role in the movie titled “Miracle Child” shot her to limelight. She has featured in over 300 movies, such as “Dumebi in school” where she acted alongside Mercy Johnson. “My Kids And I”, The Bleeding Girl, The Fish Girl, Royal Covenant and so many others out of, at least, 20 epic movies produced in a month. Producers feature Regina in almost 18 out of 20.

She is very talented and interpretes roles so perfectly. She is, no doubt, every producer’s delight.

Regina is paid an average of 600k per movie and she’s the founder of Regina Daniels children foundation, while her mum is the director, also a majority leader in Aniocha South in Delta State.

Only Qualified Candidates Shall Get Admission – JAMB Boasts