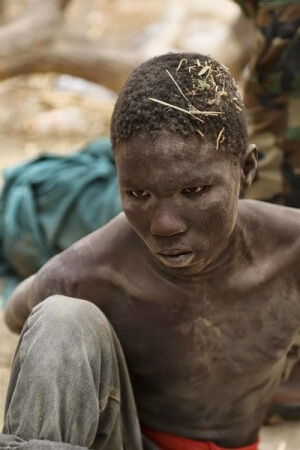 There was apprehension in some parts of Lagos at the weekend after police detectives reportedly arrested two men suspected to be members of the dreaded terrorists group, Boko Haram at Alaba market in Lagos.
The two suspects were arrested at Alaba Rago area of Ojo local government Area of Lagos with their identities yet unknown. They were detained at Okokomaiko police division.
The mission of the suspects was not clear as the police have not made any official response concerning the arrest.
According to a report by PM Express, security sources that the team comprising the Police, DSS and Military are working jointly to ensure that Lagos State is safe following the shocking discovery.
2 Deadly Boko Haram Suspects Arrested While Hiding Inside Alaba International Market was last modified: June 2nd, 2017 by Arinze Ago