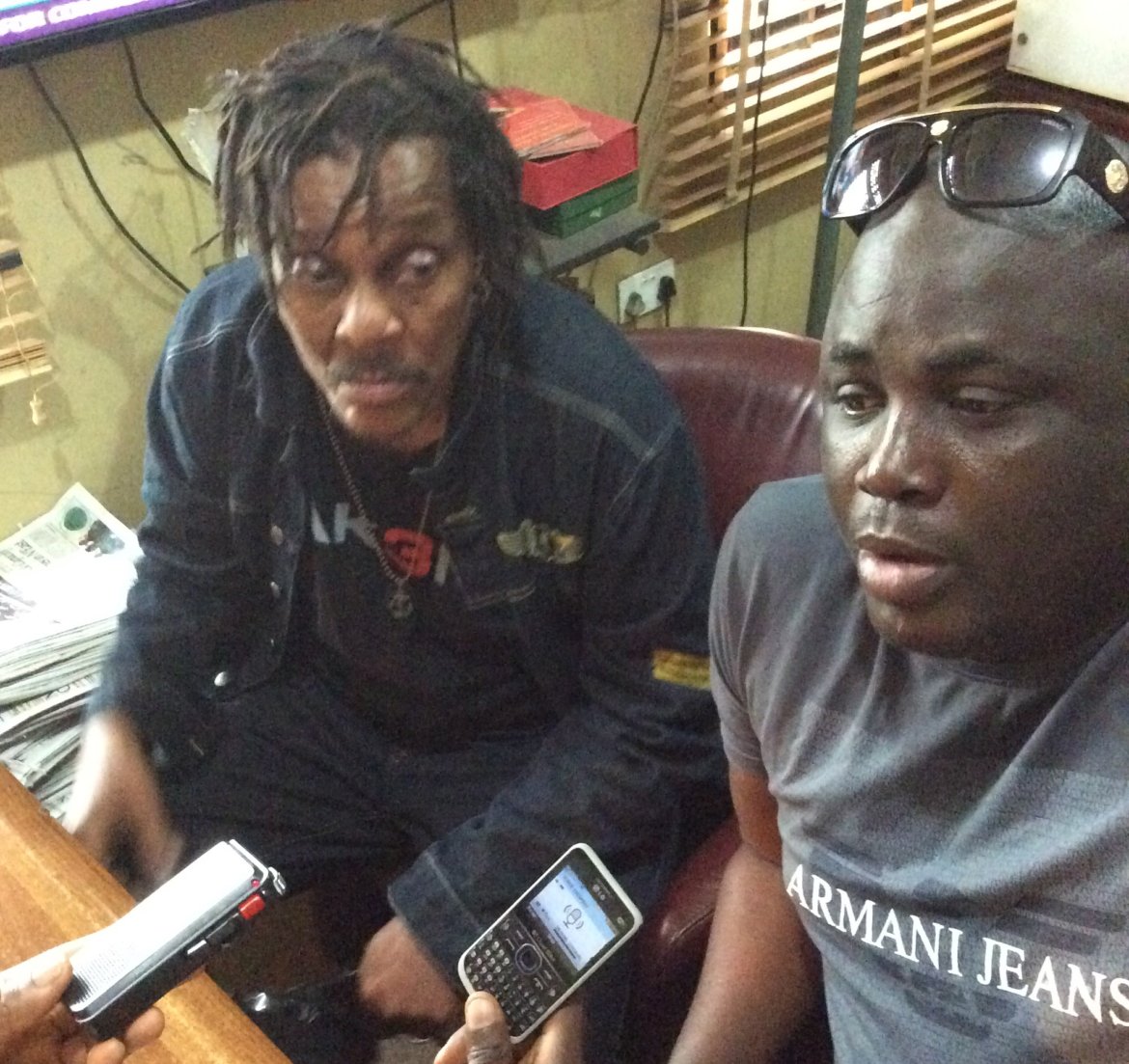 Majek Fashek is a living legend who has carved a niche for himself in music. He is not just an African brand, but a global one. Though people know him as Majek Fashek,  his real name is Majekodunmi Fasheke.  He released his first album in 1988 titled Prisoner of Conscience, which included the hit single “Send Down The Rain” that won him several awards.

Fashek’s musical influences includes Bob Marley whom he resembles vocally, also Jimi Hendrix and Fela Kuti. He was one of the original Nigerian artists to be drawn to the music of the caribbean, specifically reggae, rather than indigenous hybrids such as Fuji, Juju but has been known to mix these genres into his own style of music which he calls “Pangolo” and the song “My Guitar” an Ode to his favourite instruments, was also heavily influenced by rock.

In a few weeks time, this award winning legend will celebrate his 30 years on stage and a whole lot of activities would also be involved.

Last week, the multi-talented Reggae musician and songwriter was at the Corporate head office of City People in Gbagada, where he opened up to the Publisher, SEYE KEHINDE and Senior Reporter, ISAAC ABIMBADE, on his years in music, what has kept him going and a whole lot more.

Yeah! They that trust in the Lord shall be like Mount Zion who can never be moved. Satan has been fighting me to destroy me but Jesus Christ helped me out. I am still alive and I will not die. I will live for a long time.

I will give kudos to my manager who respects me. I am an American star. He says we should celebrate 30 years on stage and to show I am not just any how musician, I am still on top of my game.

America Recording Company called Interscope that records Tupac, launched me into the American scene in 1992. I must be grateful to God becuase I was young then like a Wizkid but they gave me respect as an African. America believe in talent. I signed a recording contract with Interscope and they gave me the physical money, it was a promotion money.

“His manager keys in”. He is a legend because for you to be in Interscope and he was a major artiste there then. They looked up to him when he performed.

So, in Nigeria we have Cocoa, Oil, as export, Majake is also an export for the whole Africa. You can go to Franscisco and some cities in the US, you will see Majek Fashek name bodly written there is well recognised in the US.

Last year, Majek Fashek’s song, “We are not afraid” on Youtube, was used by the United States used the song to raise funds and to fight terrorism. Hilary Clitton was in the video and all the major American legend are in the video. Majek Fashek is an African here. He should be the one to tour the whole University in Nigeria, to show them the important of Majek.

My music started from my mother’s church of Aladura in Anthony Village. There’s another one in Benin, I started in Benin. Fortunately for me, my mother was a singer. So I learned a lot from my mother. She’s a Benin woman while my father is a Yoruba. My mother inspired me as a musician. I was playing guitar in the church.

Pangolo, African Rock Reggae. And Fela is Afro music. I was like a son to him. My own reggae song is higher. Bob Marley was not only playing reggae, he called his music  rock reggae. My music is African rock reggae.

I give thanks to God for keeping me alive. When there’s life, there’s hope. Look at some of the songs like send down the rain, that is the confirmation he is done well.

We urge City People to give promotion for my 30 years on stage and we need sponsors. Sunny Ade (Baba Sunny), is my very good friend. He inspired me to use ‘gangan’ (taking drum). I was in San Franscisco and that was when I knew the effect of talking drum.

King Sunny Ade was doing a show in a big palace, Baba Sunny was there and I was there too. Oyinbo loves “gangan” a lot. If Sunny Ade was playing in the US all the white people would come to see his performance. So, when I moved back to Nigeria and I started practicing because you know music is competition, you must be ready for challenge because music is competition.

Music is not jealousy, if you are better than me in music I have to go and practice, so that I can conquer you. So, when I got back to Nigeria I got two talking drummers and I created talking drum to reggae music and that is why I called it Pangolo because there is no musician in the world that has ever used talking drum for reggae music. People are wondering how I got that inspiration, I got it from King Sunny Ade.

Send Down The Rain was from above in 1987. I used to fast because we fast a lot in my church. I used to do 7 day with fasting and it can be dry fasting as well. So, at the end of it, God answered me with Send Down The Rain. Everything in life has got it own season; you don’t plant casava and plurge Cocoa Yam. What you do is what you will reap.

Next year I will be getting Oscar Award because my manager will give my work to the committee. Another thing is that, the cap Majek wore in the studio in 1987 will auctioned during the launch, including the clothes he wore in the studio.

America helped my career, so if I deny them I am denying reality because they put me in one of the biggest show in America, called “Latter Man”. I was there in 1992 and it was a network show in America.

Let also say that I am from Ifa family. Ifa is the cleanest religion in the Yoruba tradition. I believe in Ifa and Jesus Christ.