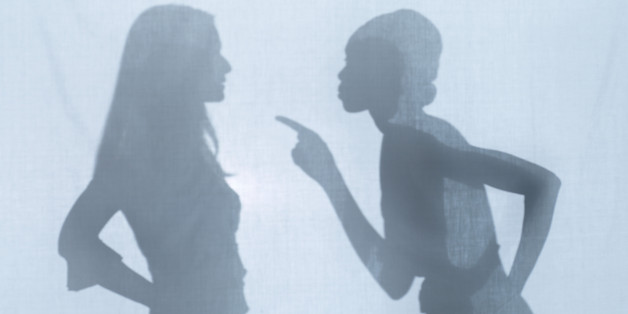 Do you know the latest gossip on Lagos Island right now? It is the bitter fight between 2 Lagos celebrity sisters, who are born by the same mother. The fight is so bitter that they don’t talk or greet each other. Infact, many of their friends have tried all their possible best tIn factlve the rift, but to no avail.

Perhaps, we should give you the gist in full. The story is about 2 fabric merchants, who lost their mother a few weeks ago. The elder sister is called “Ejide” and she runs a popular fabric store at Balogun on Lagos Island called Ejide Fabrics while her younger sister is called Kafilat. She also runs another fabric store at Idumota also on Lagos Island. They are doing well in their businesses, though Ejide fabrics appears richer than her younger sister’s and it was said that Kafilat sometimes perceived her elder sister to be cocky because of her wealth.

Earlier, they were able to patch up the tiff until a few weeks ago when the worst happened. Their cat and rat relationship and sibling love degenerated into hostility when they lost their mother to the cold hands of death and preparation began in earnest to ensure their aged mother get a befitting burial.

City People’s gathered that it was at the meeting held to perfect plans for the burial of their mother that it became obvious that Kafilat was not in sync with her elder sister.

A close family source, who sought anonymity explained that as if the death of their mum was a parting point for them each picked a different day for the final burial ceremony. Kafilat picked one day, while Ejide also picked another. All efforts to make sure they reach a compromise and hold the burial ceremony the same day by the extended family members proved abortive as they both sticked to their guns, it was said that the Eight-day Fidau was held separately at different venues.
As at the time of filing this report, Kafilat has already held her mum’s burial ceremony in a very grand way.

It was held in Lagos and it was a talk of town . Many of her friends like Tinuke Fadare, Muslim groups at Agbalaya all made the events. It was reported that Kafilat spared no effort to make sure her late mum’s burial had all the necessary colours of a VIP status. A popular Fuji musician was also handsomely paid to be on the bandstand to make sure guests were, entertained and well taken care of.

Though, Ejide hasn’t held her mum’s final burial ceremony, but all her friends like Kubis, Ranti Onigold to mention just 2 were all at the 8-day Fidau to show love to their friend.

Though, many friends of the siblings have persuaded them to sink their differences, but they are adamant and unyielding.
As you are reading the story of a sibling rivalry, they don’t even talk or relate with each other. They also avoid any social gathering that could make them see each other or bring them together.

Though, many are pained that the subtle beef and rivalry has escalated to become issue of public knowledge, but at the time of filling this report, Ejide and Kafilat remained sworn enemies.