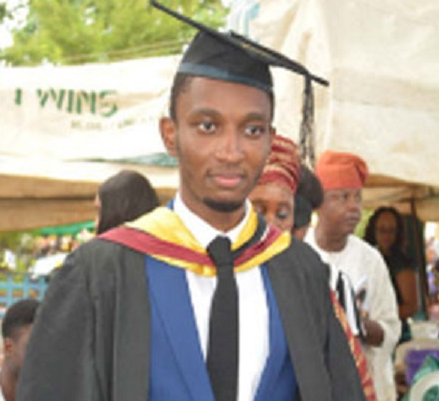 Olukayode Mobolaji Oluwasona, another young Nigerian has again made academic history in far away Poland, graduating with a Cummulative Grade Point Average (CGPA) of 5.0 in Computer Technology from the University of Computer Sciences and Skills, Lodz, Poland, Vanguard reports.
Already leading in first class from his first semester examinations in Babcock University, 20-year old Olukayode Mobolaji Oluwasona, was among the 17 outstanding students of Babcock University that left Nigeria at the beginning of their 200-level programme in 2014 to continue undergraduate studies in Poland.
This was under a special degree exchange programme arranged by Babcock University with the University of Computer Sciences and Skills in Lodz, Poland, where they remained ‘international students’ until the end of their four-year course.
Under the arrangement, they had to return to Babcock for their last and final year in 2016, during which they remained under the monitoring, supervision and mentorship of their lecturers in Poland. Mobolaji and his colleagues were the pioneers in the four years old exchange programme between Babcock and the Polish institution.
At the 15th convocation ceremonies of Babcock University on Sunday, June 4, 2017, Mobolaji drew a thunderous round of applause when he, alongside twelve of his colleagues that successfully completed the programme, were presented to the crowd, and he was announced to have made a grade of 5.0, with the best result in the programme.
Chancellor of the University of Computer Sciences and Skills, Mrs. Aniela Bednarek, was on hand to witness the presentation to Mobolaji of a Special Achievement Award for his superlative academic performance.
In a chat with Mobolaji after the convocation ceremonies, he disclosed how he achieved the feat.
“By the time I was writing my final examination and defending my final year project, my CGPA was already 4.79.  It was my final overall examination, which is a rigorous assessment of the totality of what a student could have learnt in all his four years of study, as well as the grading of my final year project, which was acclaimed to be the best, that shot me beyond the regular first class that I had already attained. The Examination Committee was so impressed, and that earned me the 5.0 CGPA/overall grade, which was acclaimed to be the highest in the whole school during the year’. 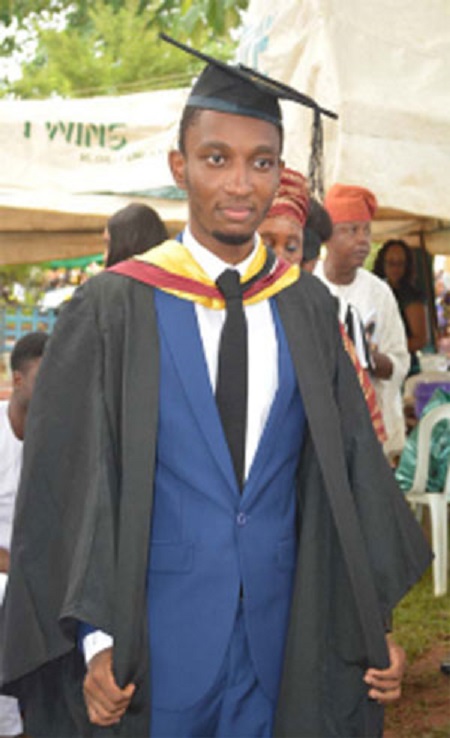 Responding to another question, the fulfilled graduand, who looks forward to a successful working career in any of the world’s topmost Information Technology organisations, attributed his success to vision, determination, discipline and above all, the Grace of God.  He dedicated his award to his parents, who he said mentored him well and set his feet on the right path.
20-year-old Nigerian Set Record, Graduates With 5.0 CPGA in Poland was last modified: June 22nd, 2017 by Arinze Ago