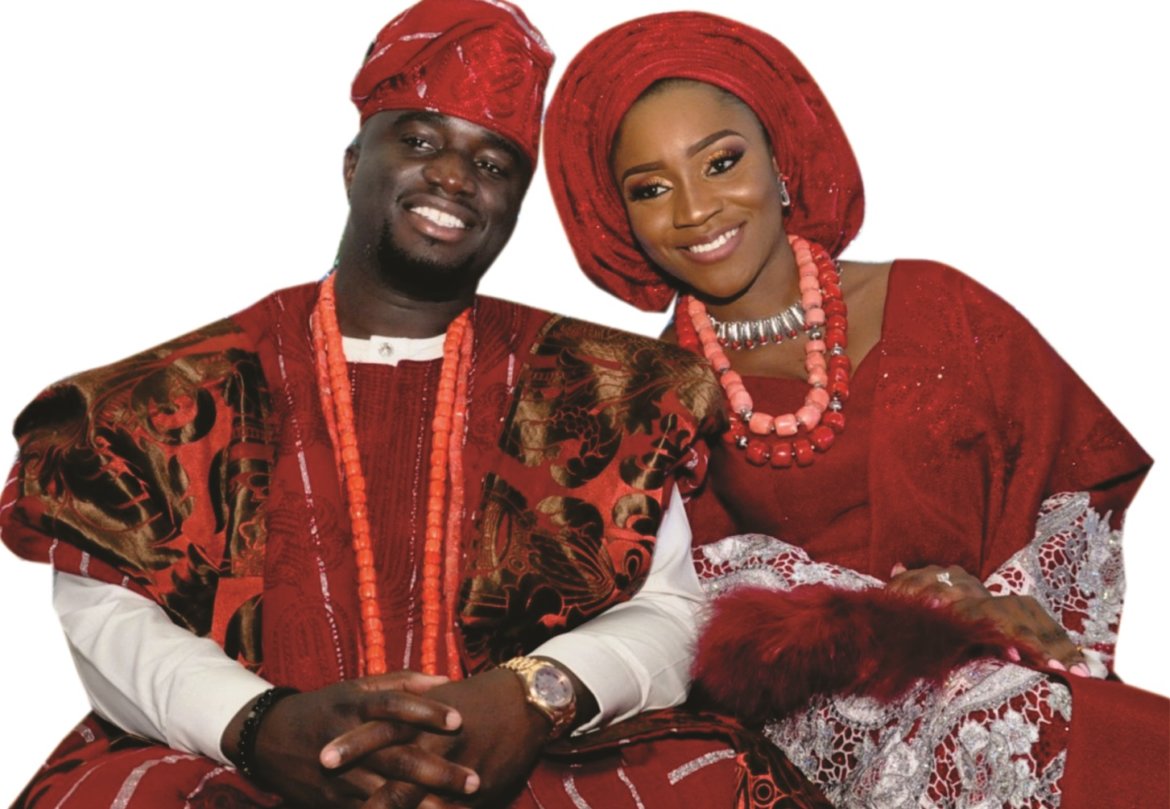 Society women and ladies trooped out en masse penultimate weekend, precisely Saturday, 1st, April 2017 when the children of 2 popular families, the Oyinlolas and Okunowos joined their children in a royal traditional wedding. The groom, Oluwajuwon Ekundayo is the son of Chief Olubukunola Okunowos and Mrs Kehinde Okunowo, while the bride, Olayinka Oluwatomilola is the daughter of Former Osun Gov, Prince Olagunsoye Oyinlola and Princess Omolola Oyinlola. The colourful traditional wedding was held at the prestigious Balmoral Center, Federal Palace Hotel, Victoria Island,Lagos. As usual, it was attended by very Important Personalities and it will be an understatement to say the car park was full to the brim. Cars were parked on all lawns of the hotels and even outside the hotel,along the kebs on the main road,cars were fully parked which occupied almost a very long stretch of the Ahmadu Bello Way.It was a hectic day for other road users as all roads were jam packed due to the entourage of celebrities who stormed the wedding. Give it to our society women, it was a show of style and finnese as they all turned out in their colourful attires. The colours of the day were Olive and shades of pink. Both colour mix did justice to guests outfit as it came out nice on everyone. Many of the guests wore a pink outfit while the headgear which was the gele ebi sold was a mix of olive and Fushia pink.

Bride’s friends also dazzled in another set of colourful green aso ebi, which has a touch of pink with a green aso oke and cap. 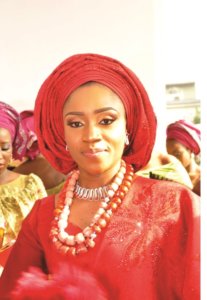 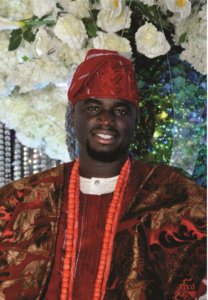 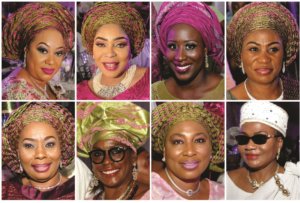 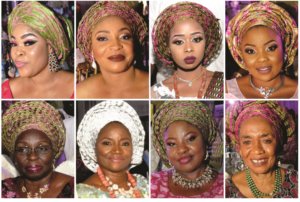 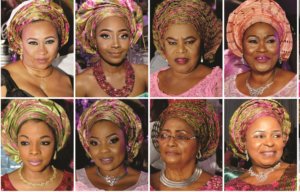 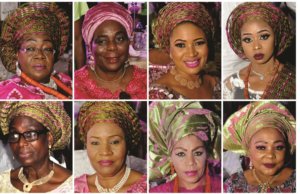 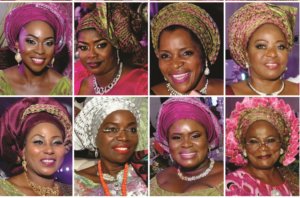 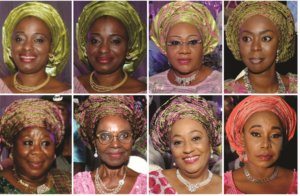 Exclusive: Bukola Saraki Opens Up on Loyalty To Buhari, And If He Will Run in 2019