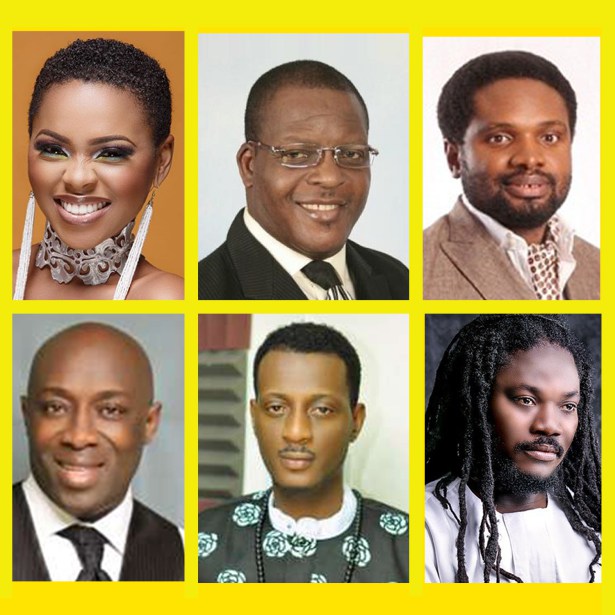 Nigerian women are breaking boundaries and shattering myths in every sector of the economy, and entertainment is not left out.

In recognition of this, Nigerian Entertainment Conference has, since inception in 2013, encouraged female participation at different levels, in the most important panels. From Tiwa Savage, to Omotola, Funke Akindele, Seyi Shay, Gbemi, Tosyn Bucknor, and Kemi Adetiba, to Nkiru Njoku, Ojoma Ochai,  Lamide Akintobi, Mo’ Abudu, Joke Silva, TY Bello, Yetunde Babaeko, and more, NECLive has over the years featured some of the most promising, and most prominent women, doing amazing work capable of catapulting the creative industry to lofty heights.

As the conference enters year 5, organisers say even more women have signed up for participation, as Speakers, panelists, and moderators.

Nigerian international singer Tiwa Savage will give a keynote speech at NECLive5. The Mavin Records superstar is the first female panelist to become a lead speaker at the annual event. Tiwa has released two albums in a career spanning 21 years. She’s known for many solo and joint hit songs, including Kele Kele love, Eminado, My Darling and Standing Ovation. She will join other speakers to discuss this year’s theme, ‘It’s time for Africa’.

Toke Makinwa, radio personality, television host, vlogger, and bestselling author. She is popularly known for co-hosting The Morning Drive on Rhythm 93.7 FM, her YouTube vlog series Toke Moments and a book she recently authored book, “Onbecoming”.  A graduate from the University of Lagos, Toke is known for her charm and alluring countenance.

Chidinma Ekile is a singer-songwriter, recording artist and stage performer. In 2010, she rose to stardom after winning the third season of Project Fame West Africa.  Following the release of the music video for her “Emi Ni Baller” single, she became the first female musician to peak at number 1 on the MTV Base Official Naija Top 10 chart. She released her first solo single “Jankoliko” in 2011, featuring Sound Sultan. She won Best Female West African Act at the 2012 Kora Awards.

Kemi ‘Lala’ Akindoju is a fast rising actor, drama instructor, casting director and producer.  She started her acting career in 2005 from stage performance before venturing into feature films. She won an Africa Magic trailblazer award for her role in the film adaptation of Dazzling Mirage. Lala was part of the team of actors selected to perform at the Theatre Royale Stratford East as part of the cultural events at the cultural Olympiad during the London 2012 Olympics.

Chichi Nwoko, CEO of HEY, What’s ON?,  is a New York and Lagos based production, marketing and multi-media consulting firm. She is recipient of the 2016 Africa Magic Viewer’s Choice Awards for her role as a producer in the feature Film ‘Road To Yesterday,’ Her achievements have been recognized by numerous organizations and media, including Forbes Africa Magazine and The National Association of Black Female Executives in Music and Entertainment (NABFEME) in New York who named her as an “Executive to Watch”.

Doja Allen, one of Nigeria’s distinguish entrepreneurs who has shown doggedness and brilliance in her field. She is the M.D of City 105.1 FM and City Media Academy. She studied at the University of Ibadan, and where graduated with a Second Class Upper degree in Mathematics after which she proceeded to the United Kingdom for her Masters in Business and Information Technology at Arston University, Birmingham. She worked for the British Broadcasting Corporation (BBC), as an accountant and a highly respected telecommunications agency in the UK before relocating back to Nigeria.

They will all be present at #NECLIVE5 to talk about how they have built careers in the Nigerian entertainment industry. All seven of them have been confirmed and will take the stage at NECLive on April 26, 2017, to share their various stories with the world.

Now in its fifth year, NECLive is the umbrella conference for the entertainment industry in Nigeria, providing an opportunity for strategic discussions, and a marketplace for ideas, products and services.

The organisers say this year’s edition will focus on how Nigerian entertainment, and indeed entertainment from Africa is finding renewed favour with fans at home, and the world over.

The theme for this year’s conference is Its Time For Africa. Has the time come for Africa to provide entertainment for the major percentage of the world’s 7 billion people? They say we tell a different kind of story in Africa; we have a rare, peculiar sound. And they’re buying it from America to London and Singapore. Back home, the booming youth populations are also more interested in local content like never before. From Iroko to Mavin and Africa Magic, the numbers show audiences on the continent are increasingly embracing our creativity; millions are choosing their own local entertainment over the imported.

But the diverse entertainment industries are still struggling. The structure to rip the dividend of the boom continues to lie comatose. From weak government policies to unsustainable business models, it appears we have plenty work to do, if we are to benefit from what’s coming in significant ways. It could indeed be time for Africa. But what does this mean for the industry players? What do we need to know? To do? And how can we make sure we do not collectively miss this opportunity?

NECLive will be hosted by Tee A, for the fifth year running.