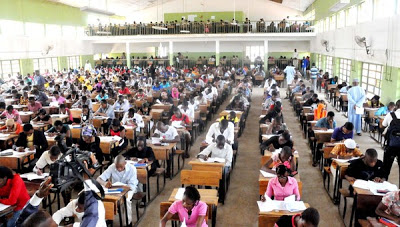 Ahead of 2017 Unified Tertiary Matriculation Examination (UTME), the Joint Admissions and Matriculation Board (JAMB) has agreed on a harmonized timetable with other examination bodies in the country to have a hitch free examination.

The harmonised examination timetable has put to rest problems arising from overlapping of examination dates, which would have disenfranchised a sizeable number of candidates.

At the end of the brainstorming session, the bodies resolved that WAEC would speak to all its authorities that from 2018, between March and April, for a window of two (2) weeks be created where all other examinations that have nothing to do with Nigeria will be held so as to allow a window for JAMB to conduct its examination.

The bodies agreed that for the purpose of the 2017 UTME, JAMB will shift its examinations to allow students face WAEC, NECO and NABTEB.

However,  a ten-day window for JAMB’S UTME has been created by all examination bodies for JAMB to conduct it’s examination. In view of this, JAMB will  soon announce the commencement of sale of the 2017/2018 admission forms for UTME and Direct Entry (DE).

JAMB emphasises the fact that whoever is presently collecting any money in the name of JAMB form should be reported to the Police or any other security agency as fraudster.

NECO and NABTEB have also adjusted their examination timetables to avoid overlap in subjects that are common to the two (2) examination bodies.

A Committee was set up to critically appraise the mandates of WAEC, NECO and NABTEB, the three (3) examination bodies to make sure that each body sticks to their original mandate and with the possibility of working together in a synergy that they  lead to collaborative examination for the purpose of students having results at one (1) sitting rather than separate sittings.

The essence of the meeting is to continually find solutions to challenges faced by candidates in the cause of their desire for tertiary education.

Again, the Board is using this opportunity to inform Nigerians that it has not commenced the sales of its application documents. The forms will be out as soon as all critical planning are concluded to ensure a smooth examination in 2017.

‘I don’t care if he’s married, he pays my bills and f…k so good’ – Nigeria Facebook user boasts