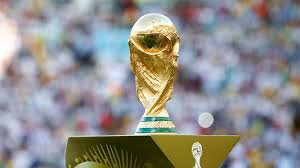 The English FA has provided the only reason England may not be at the 2018 World in Russia.

Prime Minister, Theresa May, had during the week blamed Russia for the death of ex-spy, Serger Skripal and his daughter, Yulia.

She further announced that her country had expelled 23 diplomats and suspended high-level contacts with the World Cup host.

The Prime Minister declared that no ministers or members of the royal family would attend the show piece event, which starts in mid june.

But responding to questions from journalists during the announcement of England team for friendly matches against The Netherlands and Italy, the FA said only security issues can stop the team from being in Russia in June.

The FA’s Director of Strategy and Communication, Robert Sullivan, said, “A key fundamental in that is safety and security of our participants, players, our employees and of course our supporters and that’s where our primary focus will be.”