2019 Polls: Dino Melaye, Smart Adeyemi To Slug It Out In Kogi West Again 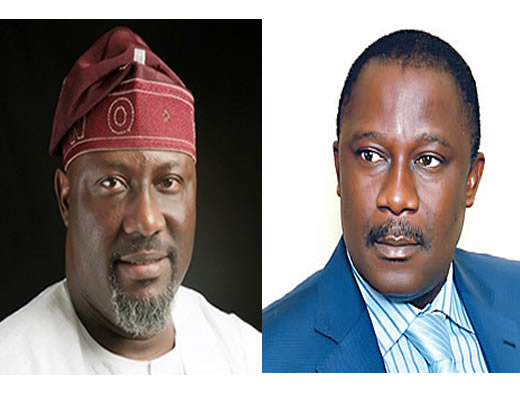 The 2019 Senatorial Election in Kogi West promises to be intriguing as a former Senator representing the district, Smart Adeyemi will slug it out with Dino Melaye, incumbent lawmaker representing the constituency.

While Adeyemi is vying for the position on the platform of the All Progressives Congress (APC), Melaye, who returned the Peoples Democratic Party (PDP) during the mass exit from the ruling APC TO PDP.

In 2015, the reverse was the case as Melaye was of the APC while Adeyemi ran under PDP.

At the APC primary on Thursday, Bonnie Eneh, chairman of the committee that coordinated the election, said 1,893 votes were recorded at the exercise held at Kabba.

He said 13 votes were voided.

According to Eneh, Adeyemi polled 1,659 to defeat Toyin Akanle who polled 104 votes.