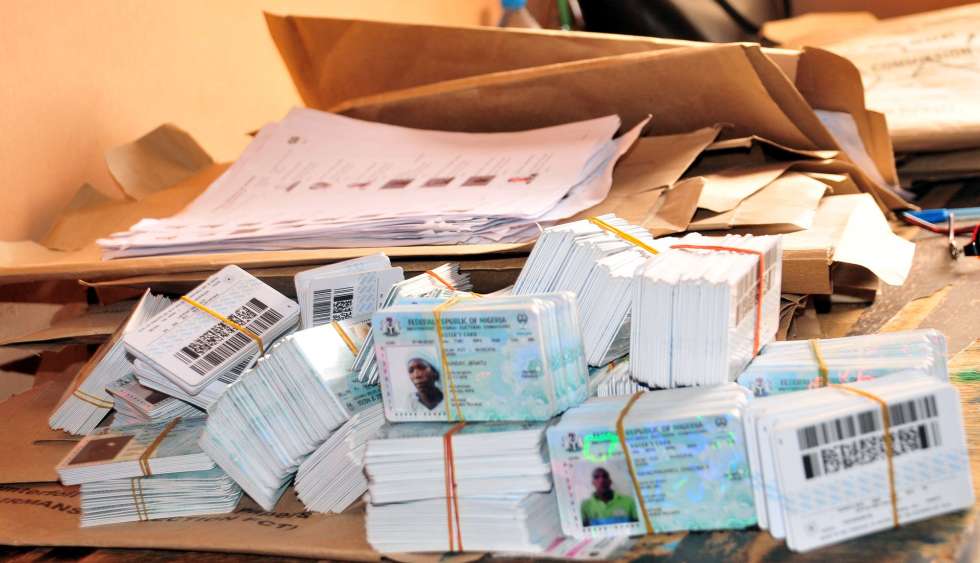 The Katsina State Command of the Nigeria Immigration Service (NIS), on Thursday, said it seized 436 voter cards and 192 national identity slips from foreigners in the second and third quarters of the year.

The state controller of immigration, Joshua Ajisafe, who stated this in Katsina, said 729 irregular migrants were repatriated by the command in the period under review.

Mr. Ajisafe spoke at the inauguration of the NIS operational border patrol base at Mazanya, a border community in Jibiya Local Government Area of the state.

He said the command also intercepted 10 suspected human traffickers and rescued 162 victims of human trafficking in the period under review.

Katsina hosts an estimated 203 km borderline with the Niger Republic, according to the controller, making it a major illegal trans-border migration route in the country.

According to him, this explains why it is the most populous state command of the NIS in terms of manpower, with 1,035 officers and men stationed there.

“The command was able to curtail the influx of irregular immigrants with the help of border corps officers deployed to man some of the illegal routes.

“The establishment of the two hinterland checkpoints at Charanchi and Kankara highways in the state also helped in this regard,” he said.

He said within the period, the command denied 1,203 foreigners admission into the country for lack of travel documents, while 411 Nigerians were refused departure for not having valid travel documents.

The controller disclosed that the command recorded the arrival of 176,724 valid travel document holders and departure of 49,780 others in the period.

Mr. Ajisafe attributed the modest achievements largely to support from the NIS headquarters and effective synergy with sister security agencies in the state.