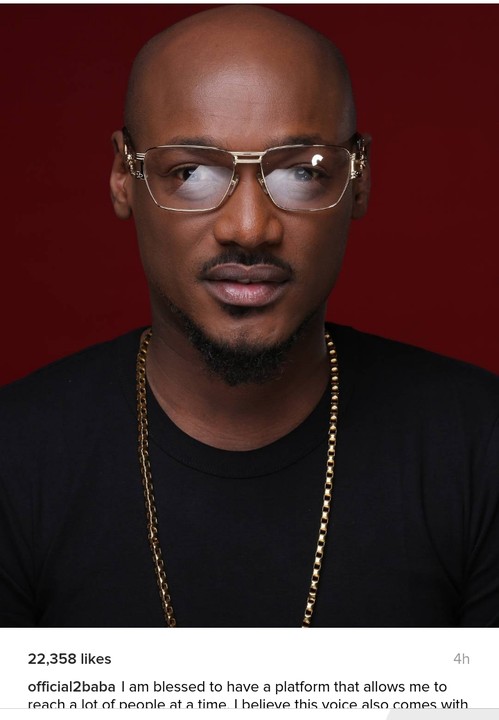 Nigerian Music Legend, 2baba finally Reveals his Real reason For His Highly Publicized FG Protest in the broadcast below.

I am blessed to have a platform that allows me to reach a lot of people at a time. I believe this voice also comes with a responsibility to use it to speak up for my people. So, when I received the broadcasts that had been going round for some days calling for protests against the state of the country I posted it in a show of support.

My intention was never to take credit for the movement but rather amplify the voices of the organization credited with the widely circulated message.

To my colleagues that have joined their voices to this call, thank you for showing the Nigerian people they are not alone. I remain committed to contributing to the well-being of my people in any little way I can. One love! #WeWillProtest

2Baba States His Reason For The Publicized Protest Against The Federal Government was last modified: January 28th, 2017 by Arinze Ago