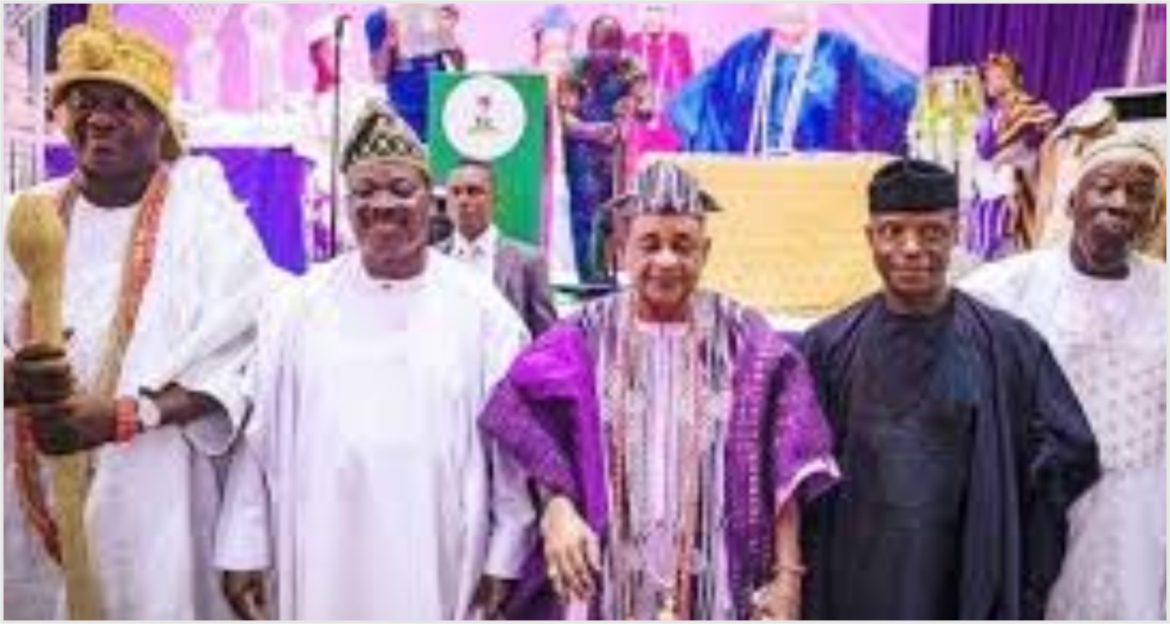 The immediate past year 2019, no doubt, was a very busy year for the Ibadan social establishment judging by the number of social functions held in the course of the year. Some of these parties were not just anyhow parties but classy and elaborate. They are celebrity parties to be remembered for a very long time to come, due to their individual uniqueness and themes. In fact, any celebrity worth his or her salt must have attended one or two of these parties. What made some of these parties thick was not only the quality of personalities that graced them but also the arrangement and planning, which is why they would be talked about for a very long time. To start with, what makes a party hot? A good party must not come short of excellent arrangement (in terms of decoration, sitting arrangement and service). Quality of food, drinks or what have you also speaks volume of a party. Apart from all these, security must also be considered.

These coupled with good music to compliment the whole thing would definitely give a party an A mark. The aforementioned criterion and many more are the yardsticks on which some of the outstanding celebrity parties of 2019 held in Ibadan are judged.

Most of these parties were attended by creme de la creme of the society within and outside Ibadan and beyond the shore of Nigeria. Top Nigerian musicians were also on the bandstand at these parties; the likes of K1, Ebenezer Obey, KSA and the rest were frequently in Ibadan, playing at these parties. The very first set of major events that rocked the year are 80th birthday colloquium of the APC chieftain, Chief Bisi Akande. The event, which held at Theophilus Ogunlesi Hall, U.C.H, Ibadan, drew the likes of V.P Professor Osinbajo, Asiwaju Bola Tinubu, Gov. El-Rufai and co to Ibadan. So also was the burial ceremony of late NFF Secretary, Chief Taiwo Ogunjobi. It was a whole week event, held in both Ibadan and Osogbo. The finale program and burial, held on Friday 15 March, 2019, and it drew sports administrators, football stars as well as several distinguished celebrities to Ibadan. Reception and entertainment of guests took place at Deylan Event Centre, Along Eleyele/Ijokodo area of Ibadan, where the Tungba Gospel maestro, Yinka Ayefele entertained the guests. This is Followed by the Oyo former First Lady, Chief (Mrs.) Florence Ajimobi’s 60th birthday party. The April 5th, 2019, Agodi Garden party was superb and befitting of a reigning First Lady. Vice President Prof. Yemi Osinbajo and his lovely wife as well other prominent guests graced the party. Those who also attended Gov. Seyi Makinde’s May 29 inaugural ball won’t forget the experience in a hurry. It was a classical party at the prestigious International Conference Centre, U.I, Ibadan. The Governor also clocked 52 on 25 December of the year.

By the month of May, the social scene had really warmed up for the year. Polo Club President, Mr. Femi Akerele held a 2-in-1 party at the Club’s premises; it was his mom’s 80th birthday and wife’s 45th. In that same month, a London big boy, Tunde Fafore held his mom’s burial in Ibadan. Fafo as he is popularly called hosted big boys from London and Nigeria to an elaborate reception at For Real Event Centre, Mobil area of Ibadan. Not also forgetting Lukman Gbadamosi’s father’s burial at Jogor Event Centre. All the who is who in Ibadan politics and social circle were present at the party. Ex-Gov. Ladoja and the then Governor Abiola Ajibola were there. Popular Juju act, Yinka Adonai was on bandstand at the party.

On Wednesday 14 June, 2019, the Olugbon of Ile-Igbon Oba Francis Olusola Alao also hosted the crème de la crème of the society at Ikaji Hotels & Sports Resort, Akanran for his 56th birthday party. And shortly after that, Splash F.M boss, Chief Bayo Akande clocked 80. The birthday luncheon held on Wednesday 8 July, 2019, at the Prestigious International Conference Centre, U.I. Then followed by Ibadan big girl, Aramide Adenle’s mother’s burial. Aramide and her siblings shut down the whole of Ibadan for the party. The party, which held at an event centre along Eleyele Road, had K1 on the bandstand.

While Aramide’s party was still being talked about, a prominent Ibadan chief, Mogaji Akere threw a mini but classy birthday bash in his house. The party had all the Ibadan big boys and respected chiefs of the land in attendance.

In November, the likes of Yinka Ayefele, Chief Akin Oladeji, Otunba Abimbola Davies all had mega parties respectively. While Yinka Ayefele dedicated his triplets amidst funfair at Jogor Event Centre; a prominent tax consultant, Chief Akin Oladeji buried his mother ‘For The Mama Ke’ in style,.The party held at I.C.C, U.I and Otunba Abimbola Davies gave out his stepdaughter’s hand in marriage. The exclusive party took place at the popular Casa Lucio Event Centre and had Sir Shina Peters on the bandstand.

A Federal honourable, Akin Alabi and his siblings also gave their late father a befitting burial and it was a KSA affair at the main bowl of Obafemi Awolowo State (formerly Liberty Stadium), Ibadan. Top socialite, Otunba Abimbola Davies gave out his stepdaughter’s hand in marriage, the well-attended party took place at Casa Lucio Event Centre, Along British American Tobacco Road, Ibadan. Gov. Seyi Makinde and many other prominent celebrities were present, as Sir Shina Peters entertained them.

Also in December of last year, a popular businessman and best friend of former guber candidate, Chief Bayo Adelabu, Taiwo Akande buried his late father in grand style. The party held at Obafemi Awolowo Stadium, where KSA was on bandstand. On that same day, 28 December 2019, while Taiwo Akande was having his party, an America based big babe, Abosede Ogunfolajin was also hosting a reception for her mom’s 80th birthday. Sir Shina Peters was at hand at the Ogunfolajins’ party. Some top celebs had to shuttle between the two parties. To cap it up, Ex-Ibadan North East council boss, Honourable Lekan Afuye, on 30 December 2019, staged a glamorous 50th birthday party for his wife.

I Stayed In My Mums Belly For...