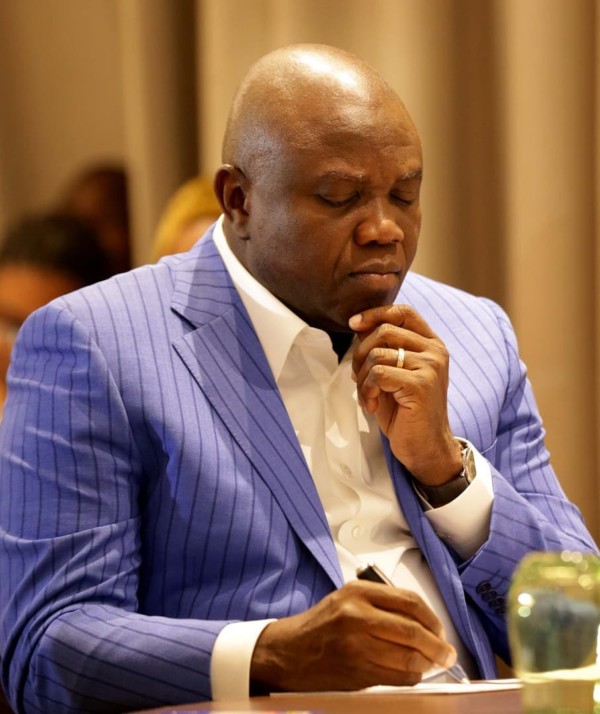 Barely one week after Former Enugu North Senatorial Aspirant, under the PDP, Chief Chinedu Eya, pledged to sell off his Lagos property worth over N53 million naira to purchase nomination and expression of interest forms for the embattled Governor of Lagos State, Mr. Akinwunmi Ambode, if the governor will contest the 2019 elections under the PDP, chief Eya has told the Governor that over 30 million Lagosians were willing to shock Tinubu and his co-travellers, in the event of the Governor contesting under any other political platform.

The PDP chieftain who explained that the Governor can also participate in his party’s primary amidst Ahmed Tinubu’s horse-trading and political gimmicks to oust the Governor in the contest, while assuring him that even if he chooses to fly any other Political Party’s flag during his reelection bid (in the event of his gang up defeat during APC’s primary), over 30 million Lagosians were ready to ensure Ambode’s landslide victory in the coming election under any platform he chooses.

Chief Eya, who is also the National Convener of “Why It Must Be PDP in 2019” charged Ambode to disregard the recent endorsement of his opponent, Mr. Sanwo Olu by over 36 Lawmakers of Lagos House of Assembly as well as the pressure on him to stand down from 2019 elections, while describing the move as “mockery of God’s supremacy.”

Chief Eya said: “Like I said last week, I am willing to sell off my 53 million naira building in Lagos here to purchase nomination and expression of interest forms for Governor Ambode, even if he chooses to contest under any other platform other than the PDP, in the case of his orchestrated loss in the APC’s primary, following the pervading gang up against him.”

“The Lawmakers and their pay masters are playing God. But they will receive the shock of their lives as over 30 million Lagosians are willing to support Governor Ambode, even if he flies any other party’s flag in the contest.

“I want the governor to disregard the recent endorsement of Mr. Sanwo Olu by over 36 lawmakers in the state, as that can never take the place of over 30 million Lagosians who are ready to return their working governor come 2019, under any other platform.

The PDP chieftain who likened the present battle between the Governor and chief Ahmed Tinubu who is also the APC’s national leader to the biblical tussle between David and Goliath, further urged the governor to take inspiration from the victory of God-led Goliath, as his victory is sure.