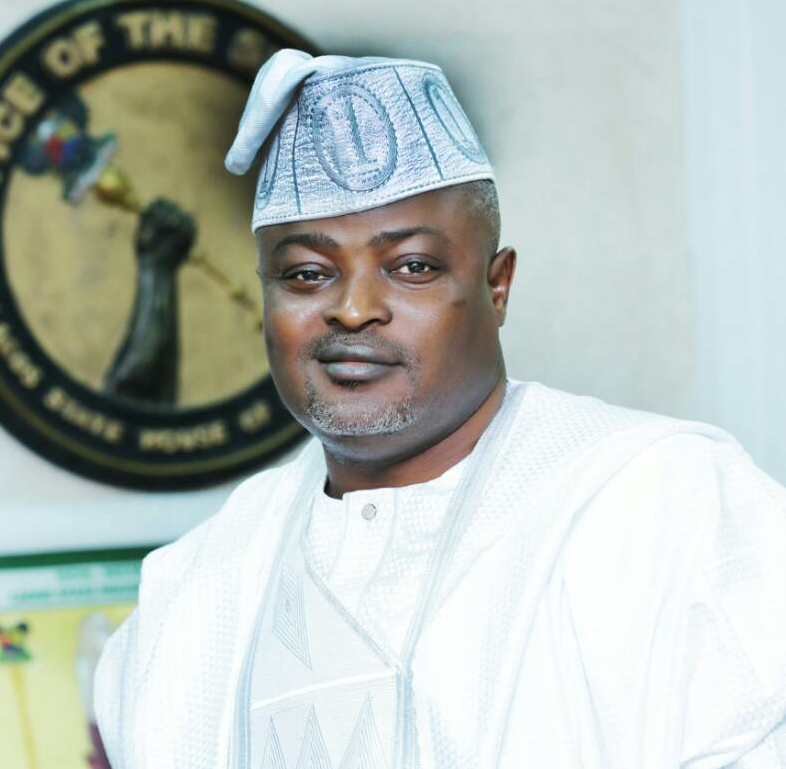 Thirty-six of the 40 Lagos house of assembly members have endorsed Babajide Sanwo-Olu for the governorship ticket of the state, The Cable reports.

The lawmakers have thrown their weight behind Sanwo-Olu ahead of the All Progressives Congress (APC) governorship primary fixed for Sunday.

Adefunmilayo Tejuoso, chairman of the house committee on information, strategy and security, said the decision was an outcome of a meeting which the lawmakers held on Saturday.

He said the meeting was chaired by Mudashiru Obasa, speaker of the house, with the lawmakers signing the statement to affirm their endorsement. 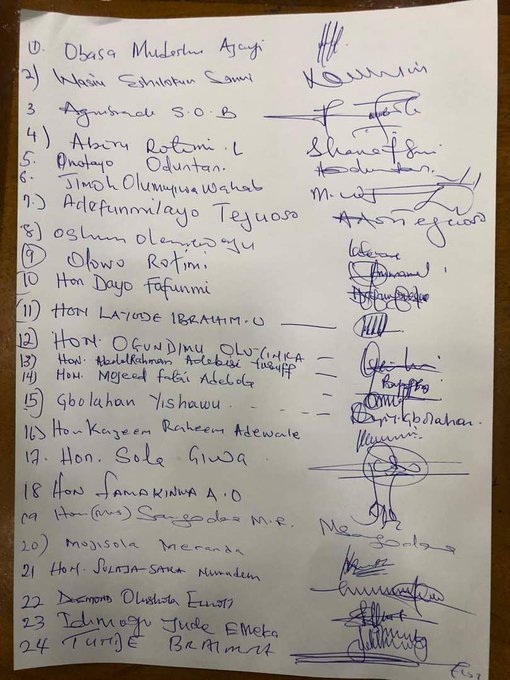 Signatories to the endorsement 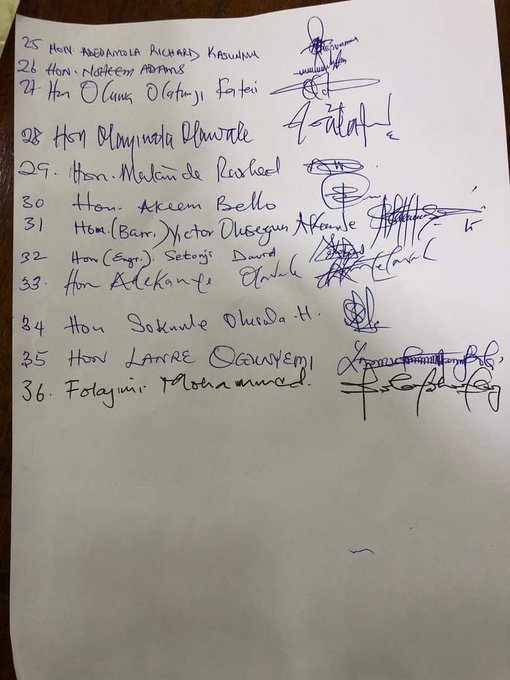 Signatories to the endorsement (II)

“The lawmakers stated that they were in agreement with the leadership of the party and the Governor’s Advisory Council (GAC) which had earlier endorsed Sanwo-olu for the governorship ticket,” the statement read.

Hamzat had also directed his supporters to vote for Sanwo-Olu at the party’s primary.

Sanwo-Olu is seen as the major challenger to Akinwunmi Ambode, incumbent governor of the state.

He is believed to have the backing of Mandate Movement, a group loyal to Bola Tinubu, chieftain of the APC.