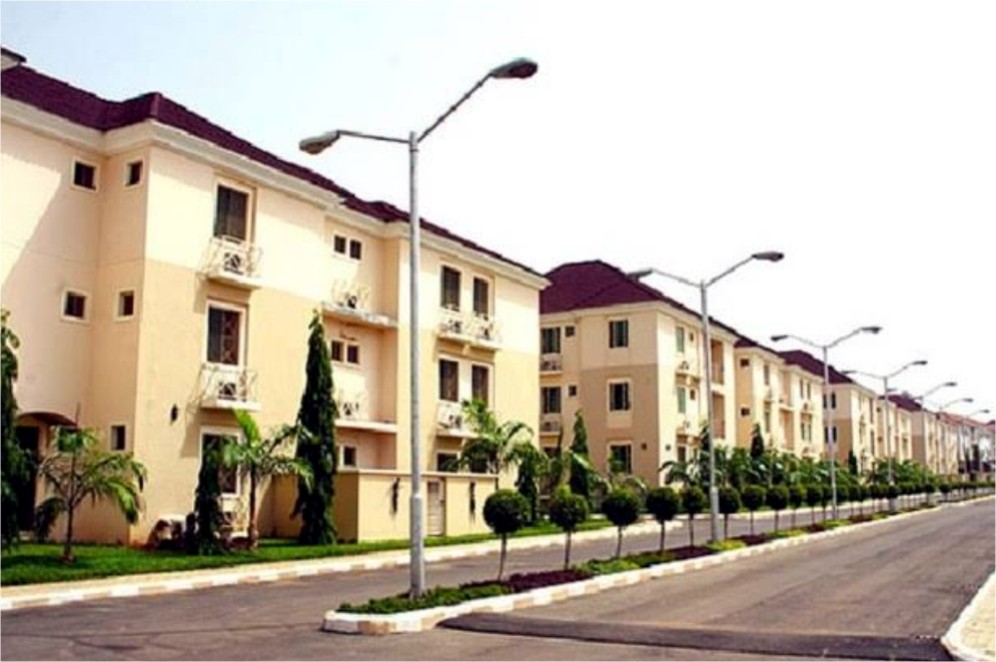 The hub of real estate in Nigeria is Lagos. The Lagos property/real estate sector didn’t experience much decline, especially since Nigeria came out of inflation a few years back. Before inflation, many States in Nigeria recorded high activities in the real estate sector most especially Portharcourt and Abuja. Presently, Lagos is still the no1 in terms of activities. There are many private/public projects ongoing in Lagos and many of are and situated on the Island, in particular.

This week, City People will be unveiling 5 big housing projects in Lagos; housing projects that appeal to big personalities, celebrities, captains of industries and other people who fall into the categories. These big housing projects are the dreams of the high and mighty. Many of them have bought into these projects, while others are still giving it a thought.

These projects are for high profile individuals who are lovers of luxury and good architectural mansions in a serene environment. Some of these housing estates are sold in dollars and are mostly situated around Lagoons. Below are some of them.

Alaro City is an integrated, mixed-use city planned for over 2,000 hectares in the Lekki Free Zone. Alaro City has areas for offices, logistics and warehousing, homes, schools, healthcare facilities, hotels, entertainment and 150 hectares of parks and open spaces. Located in the North West Quadrant of the Lekki Free Zone, Alaro City is ideally situated on the Lekki-Epe Expressway for ease of transportation to Lagos or towards the rest of Nigeria. Alaro City is adjacent to the future Lagos international airport and close to the region’s largest deep sea port and major Nigerian and international companies. Alaro City holds full land title with Certificate of Occupancy. 500 square metres at Alaro City, a plot of land goes for #15 million.

This is a world-class architectural residential masterpiece. The ICONIC TOWERS. A bold infusion of excellence, opulence, distinction and culture of going the extra mile into the Nigerian Real Estate space.

Iconic Towers is located right behind Zenith Bank Headquarters, on Sinari Daranijo Street, Victoria Island, Lagos. A serene and secure Hotel Apartment styled estate with good water view, adequate recreational facilities and amenities for adults and children, near Eko Hotel and Suites. It is complemented with a top-notch commercial hub to offer a contemporary LIVE, WORK AND PLAY lifestyle.

Ilubirin Estate is a public foreshore housing project being built on reclaimed land in Ikoyi Island, Lagos at the foot of the Third Mainland Bridge, facing the Lagos Lagoon waterfront on Lagos Island

The Housing project was initiated by the Lagos State Government in partnership with First Investment Property Company through a Public-Private Partnership (PPP). The initial design proposal was approved by the Lagos State Ministry of Housing through the Lagos Home Ownership and Mortgage Scheme (LAGOSHOMS). The first phase of Ilubirin is scheduled to be completed in 2019. Ilubirin was initially modelled after Ikoyi Foreshore Estate, Ikoyi, Lagos and has now been remodelled from a purely residential into a mixed-use development of residential, commercial and leisure areas.

The residential block prototypes that will be completed in the phases are a mixture of 126m2 of 2 bedroom flats; 183m2 of 3 bedroom flats and 76m2 of 1 bedroom flats. The project site area is approximately 15.1 hectares. Ilubirin aims to combine the benefits of affordable housing with mid-market luxury.

In the residential blocks that will be delivered in Phase 1, there will be a mixture of 120m2 2 bedroom flats and 243.5m2 3 bedroom flats. Pricing for the units has not been disclosed however, the sponsors are marketing the development as one that will offer ‘affordable luxury’ within the mid-market housing.

The site has great connectivity to Yaba and Surulere on the Mainland as well as Ikoyi, Marina, other areas in Lagos Island and the entire Island region.

Eko Atlantic is an entirely new coastal city being built on Victoria Island adjacent to Lagos, Nigeria. It is a focal point for investors capitalising on rich development growth based on massive demand – and a gateway to emerging markets of the continent.

The project is privately funded by South Energyx Nigeria Limited – the developers and city planners, a subsidiary of the Nigeria-based Chagoury Group of Companies – working in strategic partnership with the Lagos State Government and supported by the Federal Government of Nigeria.

Notable national and international banks have been quick to capitalise on the opportunities with some of Nigeria’s biggest – FCMB, First Bank, Access Bank and Guaranty Trust Bank – partnering with Eko Atlantic, with support from BNP Paribas Fortis and KBC.

For savvy investors, Eko Atlantic City represents far more than just surging Lagos land value. As Nigeria continues its unstoppable trajectory to become the financial capital of Africa, investing in Eko Atlantic opens unprecedented opportunities for tapping into the wider potential of the continent as a whole – widely recognised as the world’s most promising growth horizon. Eko Atlantic is a marvel of modern engineering and technology, and a testament to the rise of Nigeria on the world stage.

This new city has evolved rapidly from a visionary design concept into a technological reality. Infrastructural road works and underground surface drainage pipes are already laid along major routes across the new city. All bridges in Phase 1 & 2 of the project have been completed. And the Great Wall of Lagos sea revetment, which is being built more than two kilometres offshore at eight-and-a-half metres above sea level, has surpassed 6 kilometres in length and is now protecting over 6 million square metres of Eko Atlantic and Victoria Island.

At the prevailing market rate, land prices in Eko Atlantic City have risen in value by as much 85 per cent since the project inception. The average price for a two-bedroom apartment in one of the high rise towers currently under construction in Eko Atlantic City was selling for US$853,750 (N168, 188,750) and for a three-bedroom apartment in the same tower US$1,010,000 (N198, 970,000).

5 Housing Projects In LAGOS Where The Rich Are Buying Houses was last modified: October 28th, 2019 by Isaac Abimbade