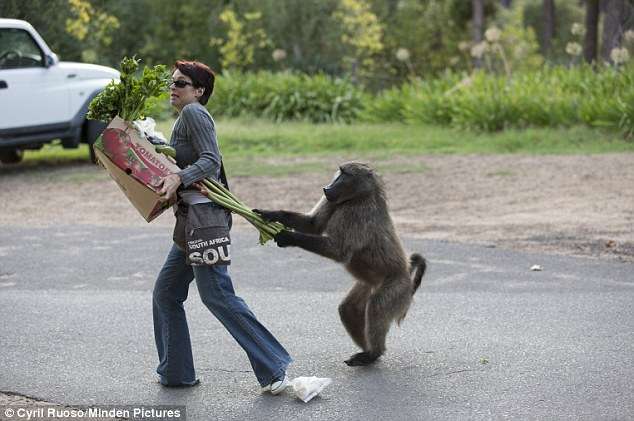 In South Africa, a gay baboon named Somizi is a major headache for male residents after five were reportedly raped by the animal

The headline of a newspaper confirms a baboon attack on South Africans.

George Chiune, one of the victims had thought the baboon had an intention to kill him on his first encounter with Somizi.

The animal was however interested in only sex according to Zimbabwe Today (ZT).

“I thought it wanted to kill me but realized it was after my bum,” Chiune expressed according to ZT.

Somizi, reportedly accustomed to travelling alone, is believed to be an outcast.

Lizzie McKenzie, a specialist in the study of animals suspects the baboon is an outcast in a ZT report.