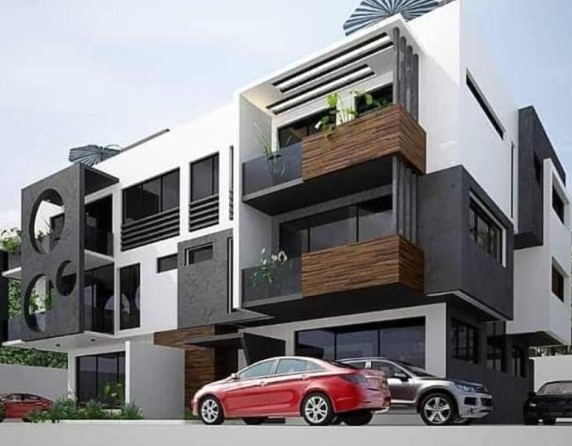 Have you wondered why many Naija celebrities are relocating from Mainland to Island? We can tell you why it is so.

Firstly, many of these celebrities want privacy for themselves. They also want to live in a secured estate where their lives and properties are secured.

Some of them live as far as Ibeju-Lekki, Sangotedo, Ajah, Ikota, Badore, Ogombo and other notable towns under Eti-Osa local government. There are lots of housing estates around this axis which we have written about in the past.

Thinking about living in a serene environment, beautiful house,  secured  and lovely surrounding within the Lekki-Ajah axis? Then the newly constructed housing estates listed below are to be considered.

They are housing estates celebrities are ‘dying’ to buy but before going further, let’s quickly tell you the location of some of these luxury housing estates around Lekki –Ajah corridor, in Lagos.

Precisely, these newly constructed properties are situated opposite Oluwanisola estate, Eleganza bus-stop to be precise. The road is called Orchid Hotel road; it’s a popular road in Ikota where a lot of housing development are ongoing.

On this road (Orchid Hotel),  is a self-imposing mall called, Ashley’s Place. On the street is also a popular event centre,  His Grace Event Centre. There is recreation centre and a fun-arena for kiddies. On this same road is a massive Redeemed Christian Church of God, and some other notable structures, and housing estates.

On this Orchid Hotel road is Van Daniel Street (off Orchid Road). On the Street, is a newly constructed housing estate, developed by Empire Homes. The developer of the project is Chief Murphy Osuala. He is one of the most outstanding property developers in Lagos.

There, we also have 4 bedroom each, fully detached duplexes with one extra room.  Adjacent  Empire Homes is a couple of completed terrace  houses, by Van Daniel Properties Limited.  They are terraced Duplexes; 4 bedroom each, from the inscription on the properties, the price of each house go for 43 million naira. Van Daniel is one of the biggest property developers in Lekki. He has built and developed a lot of housing estates since he started few years ago. The 4 bedroom Terrace Duplex at Van Daniel, off Orchid Hotel road is a dream house for those who desire luxury house with the addition of it’s tastefully finished with Boys Quarters.  Some of the features of the properties includes; spacious master bedroom, central water treatment, excellent drainage  system, heater microwaves, spacious parking space, fitted and modern kitchen cabinets.

Few metres away from this property is Ofunwa street; Ofunwa Street is off Van Daniel Street. On this street is a block of newly built houses, built by different developers.

At the  end of the street we also have detached duplexes, built to taste. The name of the developer is SKC and the Estate was named SKC court Phase 1.  It is a massive housing estate project.

It is one of the biggest housing development projects in Lekki. Presently, finishing touches are still on-going on the properties. Another project that can’t be ignored on this street is a project by Maple  Homes. Maple Homes is on Chief Samuel Odinamaku Street, off Van Daniel Street, Orchid Road, by Eleganza bus-stop in Lekki, Lagos. It is a new Block of Terraces. The facilities of the proparties  include: 4 bedroom Terrace, each Unit has CCTV Speaker Sound System, 24/7 CCTV Surveillance Camera, Industrial Water System, Massive Car Park, Electric Fence, Fitted Kitchen, Oven, Heat Extractor, 24 hours security and Power Supply, Standard wardrobes with high gloss.

Along the Van Daniel Road, is another new massive mini-estate, Rosebank Court, which is currently selling. It’s a terrace kind of structure but it was tastefully built and designed with burnt bricks in the front of the structures.

The new project is still very much empty and buyers are currently on the lookout for the projects.

Another project in that axis currently selling is a newly built duplex by Maitland Estate Real Ltd.

5 New Estates In LEKKI Where Celebs Now Buy Houses – All You Need To Know was last modified: February 19th, 2019 by Isaac Abimbade

REVOLUTIONPLUS MD Has Taught Me A Lot...