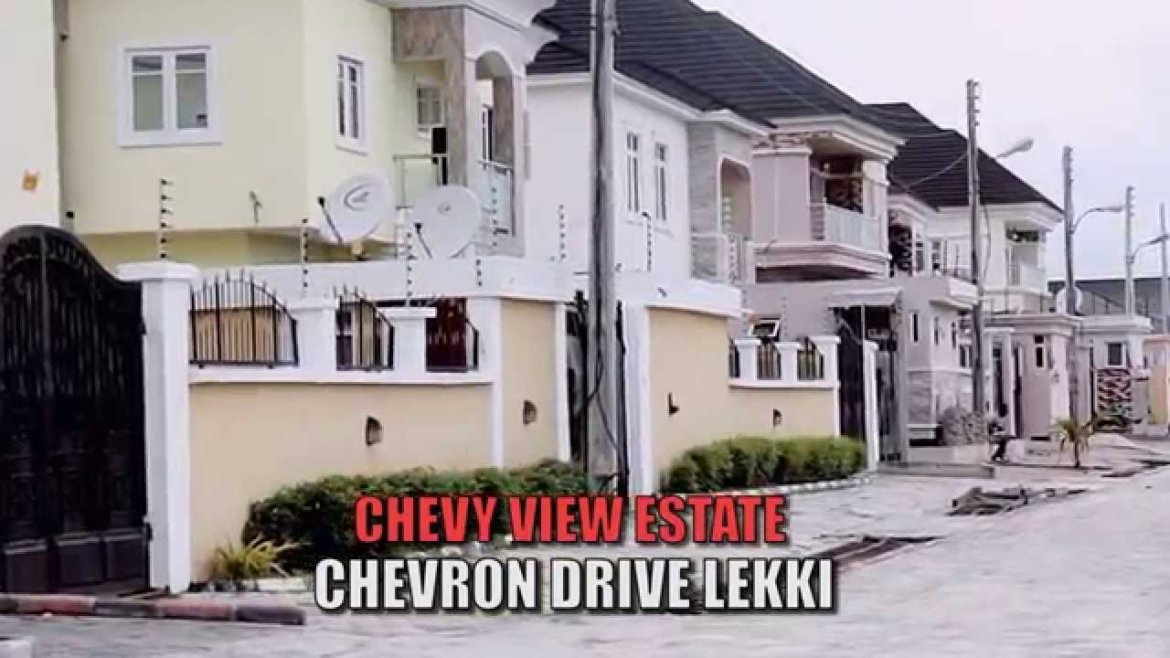 This is the story of a popular estate in Lagos, where the rich live. Its called Chevy View Estate in Lekki.  Chevy View is close to the Chevron head office in Lekki. It is a few minutes drive from Ajah roundabout. Chevy View is a big estate that has many mini-housing estates located within  it.

The axis boasts of many real estate developers, who have built thousands of housing units. One of them is Kennedy Okonkwo, Nedcomoak’s boss. Chief Frank Emmanuel, the owner of a 5-star hotel opposite Chevron Head office also operates there. He owns Marcopolo Properties and Marcopolo Hotel. He has developed many housing units in the area.

Few weeks back, City People’s ISAAC ABIMBADE was at Chevy View estate for on the spot assessment of facilities available there.. We can authoritatively say that Chevy View has now become the hottest spot of real estate development. On the day of visit, the estate was bubbling with activities on various sites.  The haste of the developers to fast-pace work was not unconnected with the need to meet the deadline given them by patrons.

Most of the housing projects are already on the shelf, for sale, while some are being worked on. At Ben Chii Oyindo drive, Chevy View, there is Zion Assets Management, a real estate firm. The company is the developer of a classy mini-estate. Though, it’s a new project, the estate boasts of detached duplexes, and they are painted cream. Some of the duplexes have been delivered to prospective buyers. Road to the site has been tarred and security is top priority there. The houses are heavily guarded by Proton security personnel.

Also, there is a new housing estate called C.A.U properties. The firm is the developer of a housing project. The project is at the end of Chukwumeh Umeh close. Some of the units have been occupied, while the others are still vacant. Now, the prices are cheap! Road to the project, C.A.U, has been tarred from Chevy View Gate to the entrance of the estate. Another added advantage to the property is that, there’s enough parking space for everyone, who desires to live in this luxury mini-estate. It’s situated in a quiet environment.

Beside it, is Oxford Garden Phase 3,  Oxford Garden is 5-bedroom, fully-detached duplexes with BQ. It’s well fenced and the road paved.

Another eye-catching housing unit in the axis is situated towards the gate of the Chevy View estate. This housing estate was developed by LAC Properties Nigeria Limited, opposite the “LAC Properties” is a new project, painted  grey and white. The architectural designs are massive. The fronts of the buildings are designed with foreign bricks. It was designed to match the taste of celebrities. We can confirm to you that, activities are still on going, but  we can tell you that works would be completed there in a couple of days.

Another housing estate on that axis is  Havydon Court 5. This housing units were constructed and developed by Waterston’s Properties Construction Limited. The estate is the beauty of the street, opposite Oxford Garden. Now, it is selling.

10 Reasons You Should Invest In LAGOS...