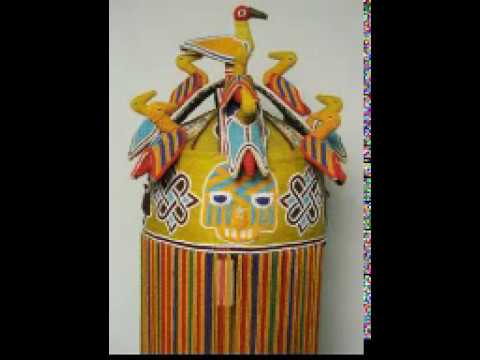 All roads led to Iselu land of Yewa area in Ogun State on the 3rd of December 2017 when in king 0ba Akinyunde Akinyemi, the Eselu of Iselu Land bestowed chieftaincy title to 6 Ogun celebrities to mark his 12th year on the throne. The coronation anniversary was attened by the movers and shakers in an outside Ogun State, including the Speaker of Ogun House of Assembly, Honorable Suraj Adekunle Adekunbi, Ogun SSG , Barrister Taiwo Adeoluwa, Ogun Gubernatorial aspirant, Prince Gboyega Nasir Isiaka , Alhaji Ibrahim Egungbohun IBD and Honorable Ladi Adebutu to mention a few. The grand event will remain unforgettable for guests and the people of Iselu as it was a joyous celebration with K1 on the band stand. BUNMI MUSTAPHA brings you blow by blow account of the event.

Chief Samsideen  Awopeju is the Apagunpote of Egbaland. He  is from a prominent family in Egba and   the Chairman Managing Director of Fastclear Nigeria Limited, one of the top shot in the clearing and forwarding business operating at NAHCO since 1991. Alhaji Shamsideen Awopeju was born into the family of Chief Raimi Awopeju, the late Balogun of Ijeun of Malaolu’s Compound, Ijeun, and late Madam Ajoke Awopeju of Ikereku Abeokuta.  He started his primary education at Oke Ona Primary School, Iberekodo, Comprehensive High School, Ayetoro after which he proceeded to the Nigeria Institute of Management NIM.

His work experience started as a Clerk with the Nigerian Maritime Services between 1973 and 1974, he later worked at Freight Agencies Nigeria Limited where he started as a Clerk and rose to become the Branch Manager at the Kano branch, he was also the Airport Manager of Anopit Nigeria Limited from 1983 to 1985 and the managing director of empire freights from 1985 to 1991, before he established his own company, Alhaji Awopeju is a member of the freight forwardness association of Nigeria.

As a socialite he belongs to many social clubs like Island Club of Lagos, Abeokuta Social Elites, and he is the Vice President of DE Senate Club of Nigeria. His other chieftaincy includes, Bada of Ijeun, Oluomo of Kemta Muslims, Babalaje of Kemta Muslims, Aare Onakakanfo of Itesi, Aare Bobagunwa of Ejigbo and Jagunmolu Aje Adeen of Egbaland.

Beautiful, fashionable and socialite, Chief Alhaja Kudirat Abiola Awopeju the Iyalate of Egbaland is the wife of Chief Shamsideen Akanji Awopeju, the Apagunpote of Egbaland and the newly installed , she was also confirmed as the on the same day which her husband was confirm as her husband  Alhaja Awopeju is one of the popular Lagos socialites who is making it big in the textile business, although she moved from Kano to Lagos when her husband relocated but she was also well known as a popular Hijab merchant in Kano.

Alhaja Awopeju’s mother, late Alhaja Lateefat Igbin Kushimo was one of the successful business women during her time in Egbaland, she was one of the top beer distributors while her father, Alhaji Kushimo popularly known as Oba Mewa is the current Balogun of Ijeun Abeokuta and the Akinmeto of Egbaland.

She attended St. Bernadette’s Private School Abeokuta, before she proceeded to Abeokuta Grammar School for her secondary education. After her secondary education she joined her mother in her business, during this period she met her husband at her mothers shop and they got married shortly after they met. She later relocated to Kano when duty calls for her husband to work in Kano where she set up and successfully ran a fast food company KDREAMS between 1987 and 1996 at Emir road in Kano, then he later open an outfit strictly for sales of Hijabs at wholesale price. Few years later the family moved to Lagos and she went into textile business with her business name KDREAMS and she is now one of the popular and successful textile merchant in Idumota and Oshodi area of Lagos.

Born over four decades ago to a humble but disciplined and united family. Adijat had her Primary Education at Methodist Primary School, tabontabon Agege in Lagos State. She started her secondary education at Lagos Baptist Secondary School, Orile Agege but completed it at Iju Grammar School, Iju Station.

As a result of her humble background, Adijat started fending for herself and her siblings at a very tender age. This affected the pace of her education but  despite her very humble upbringing, she was determined to acquire formal education. In 1998, she obtained a Diploma in Yoruba Linguistics from the prestigious University of Lagos. She at times trekked a distance of about 3 kilometres to and fro Akoka.

Hon Adijat Adeleye-Oladapo, perphaps had a premonition that she has a great future ahead of her. So, She was determined to acquire more knowledge. She enrolled for many professional examinations. She did Accounting at the Institute of Chartered Management Accountancy. Today, she is an Associate member of that Institute. Combining the financing and upbringing of her siblings with self sponsorship, for a very young lady was no mean task but visionary, focused and determined Adijat broke the barrier. Today, Adijat has in view, a Post Graduate Diploma from the Olabisi Onabanjo University.

Hon Adijat Adeleye-Oladapo’s advent into politics was accidental and she started from the lowest party level the zone. She started active politics by registering with the UNCP. She later moved to the Alliance for Democracy(AD) where she was at a point women leader of her Ward. She later joined the Peoples’ Democratic Party (PDP) in 2003. In 2004, she was appointed Consultant to the Chairman of Ifo Local Government on Community Development Matters. She resigned in 2006 to contest for the primary election into the Ogun State House of Assembly and won. She further won the general election to represent the good people of Ifo II State Constituency in the Ogun State House of Assembly under the platform of the Peoples’ Democratic Party (PDP).

Due to the immeasurable contributions she made within the first four years, she re-contested in 2011 now under the Action Congress of Nigeria (ACN) and won,  thus becoming a two term member of the Ogun State House of Assembly she   and in fact the only female member of the famous G15 in the 6th Assembly.

Otunba  Bisi Oyedele made his first millions in the year 2000 at exactly 20 years of age because of his diligence at  what he does and oddly, he refused to make the popular adage of “Owo akokoni omode Akara lo fi nje” (early money made by young people are mostly spent wastefully) come to realisation in his case. He kept moving on and waxing stronger by the day.

To further confirm his focus and determination in life, in year 2002, astonishingly to all colleagues and associates in business, Bisi Oyedele pursued and gained admission into the prestigious Olabisi Onabanjo University (OOU) to study Geography and Regional Planning (GRP) and decided to quit the business that was fetching him between N200,000 to N400,000 weekly . To some people it was absolute madness but to Bisi he believes in the momentous role of education as it affects human and the society at large.

While In school, Bisi was involved in school politics and rose to become the Clerk of the house of Faculty of Social Sciences in 2003. He did not allow this to upset his academics as he missed graduating with first class honour by whisker but eventually graduated with a second class upper division in 2006/07 set and it’s a personal pride for him to have graduated without a single carry-over or repeated course all through his undergraduate cruise. After graduation, he served in Benue state, Gboko local government for his National Youth Service Corps (NYSC) where he obtained his NYSC Certificate. He was also giving an award of Platoon Philanthropist for his contributions towards all events organized by his platoon while in camp.  Mr Adebisi is presently pursuing a higher degree of masters program in Public Administration from Olabisi Onabanjo University Ago-iwoye.

He registered his first company BISJAC Investment Limited in 2008 where he specialises in Sales of Cars, Importations on demand from Benin Republic as well as the United States of America. It however took Bisi till 2009 to actualize his long term dream, plans and projections of Citiside Fashion Outlet which is an affiliation of duly registered Citiside Global Concept Limited.

Citiside Fashion Outlet is an all-time leading fashion outlet in Ogun State with an award of recognition from ZARA international. This Fashion Company among others has been able to quench the fashion thirst of the Ogun high society people to the extent of making the question “why go to Lagos. He is happily married to his beautiful Princess Adekemi Oyedele with three  wonderful children Success, Sharon and Shiloh.

Honorable Chief Mrs Eyinjuoluwa Olaide Akinrinsola was installed as the Bewaji of Iselu Land . She is a politician and one of the powerful female politician in APC Lagos.

Eng. Ogunbamowo Babatunde Olabode became the Otunba Gbobaniyi of Iselu land. He is a top shot from Lagos State Ministry of Works.