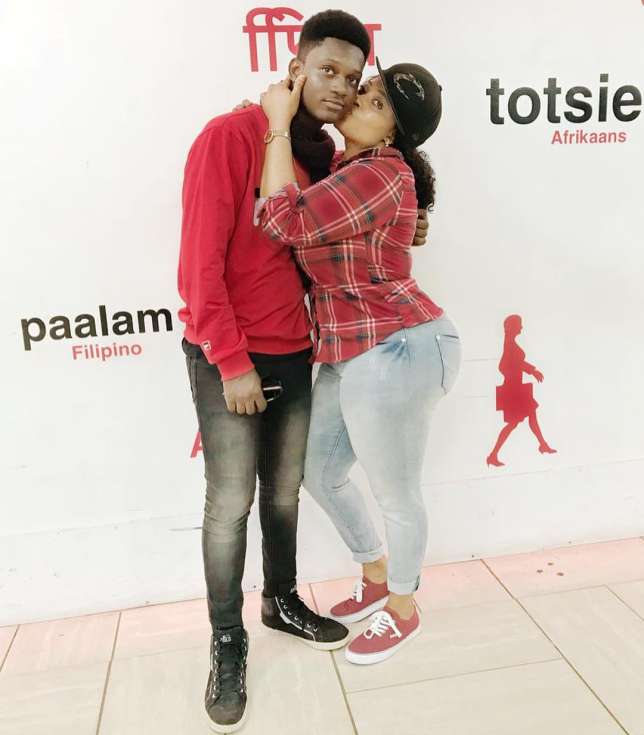 These single mums and actresses owe their wealthy status to other businesses aside acting and these include fashion boutiques, beauty products line and endorsement deals.

playIyabo Ojo and her children

Over 20 Yoruba actresses combine the roles of a mum and dad living as single mums but these single mums are more comfortable than one another.

Five of these females who combine being celebrated actresses  and single mums are comfortable and viewed rich by many of their fans and admirers.

These single mun and actress owe their wealthy status to other businesses aside acting and these include fashion boutiques, beauty products line and endorsement deals.

One thing these five actress have in power is movie production. They are all movie producers with at least two movies to their credit.

Liz Anjorin tops the list of rich single mums who are also Yoruba actresses. This mother of one runs a fashion store that caters for every woman’s needs.

Liz Anjorin’s only child is a female named Rotimi.

According to her, her fashion store and other businesses she is involved in are responsible for her wealth.

The actress, who lives in highbrow Lekki Phase 1 area of Lagos state is also a movie producer.

For Iyabo Ojo, she made her mark after producing few movies and decided to embrace the world of fashion.

Iyabo turned fans and critics’ perception about herself when she kicked off her mini empire, Fespris group.

Since she launched the Fespris group, which is into beauty and fashion world, Iyabo’s wealth has since increased with her two children growing up into teenagers.

Earlier in April 2018, the actress opened the doors to her new venture, an eatery where traditional and international meals are sold.

The actress also has products and brand endorsements to her credit.

Bisi Ibidapo-Obe is another single mum that has kept her head above troubled waters.

Famous for her role in Bisi Omologbalogba, the actress owes a large part of her wealth to buying and selling of fashion accessories that include gold and diamonds.

Bisi made her mark when in a daring move, she started an adult shop where sex toys and other adult wares were sold.

She has since gone ahead to launch the B.I.O Lingere, an adult shop situated in Lagos.

Mercy Aigbe is a mother of two children, Michelle and Juwon. She combines being a mum, an actress and an entrepreneur.

Mercy was one of the earliest actress to open a fashion boutique, Mag Divas, and go all out to promote the business venture.

The success of her boutique has not only been replicated with a store in Ibadan, Oyo state, she has also succeeded in nabbing endorsement deals with beauty products.

Currently a landlord, the actress is one of the richest Nigerian actresses and single mum who isn’t looking at getting married after two failed relationships.

She’s also a popular Yoruba actress and a single mum with two children – Ayo and Ifeoluwa.

Though she has been able to produce a couple of movies, she has made more success as a single mother and an entrepreneur.