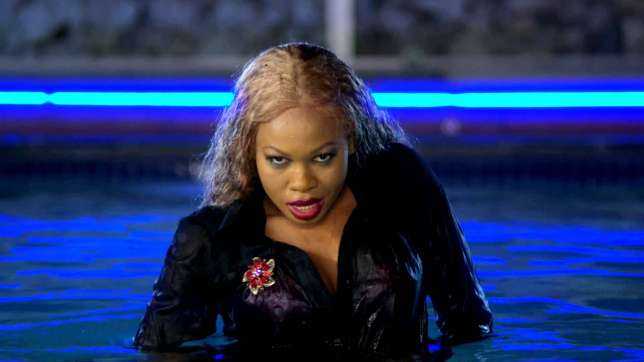 Goldie attended the Grammys in the US and returned to Lagos on February 14, 2013 seemingly hale and hearty, only to suddenly suffer a heart attack that she never recovered from.

Goldie was declared dead on arrival at the Reddington Hospital in Victoria Island, Lagos.

According to an autopsy done on February 19, 2013, and signed by Dr. O.O Oyewole of the Department of Pathology and Forensic Medicine of the Lagos State University Teaching Hospital, Goldie died of ‘hypertensive heart disease’ which triggered ‘intracerebellar haemorrhage.’

The autopsy report had put to rest the speculations that the musician died of doping complications, a suggestion her widower, Andrew Harvey, quickly dismissed.

“Goldie never used drugs in the last 10 years I knew her and I was as close as you could get,” according to the husband Harvey

Goldie was a contestant at the Big Brother Africa 2012. She was known for her flamboyant and daring fashion statements and her up-tempo songs, which were a combination of afrobeat, house and dance music. How your favourite celebs showed love for their partners on the gram!’

A very good and close friend to the late singer, media personality, Derele Edun in a long write up, remembered Goldie on the fifth year of her demise. He took to his Instagram page where he posted a photo of himself beside Goldie’s grave with a caption to the photo