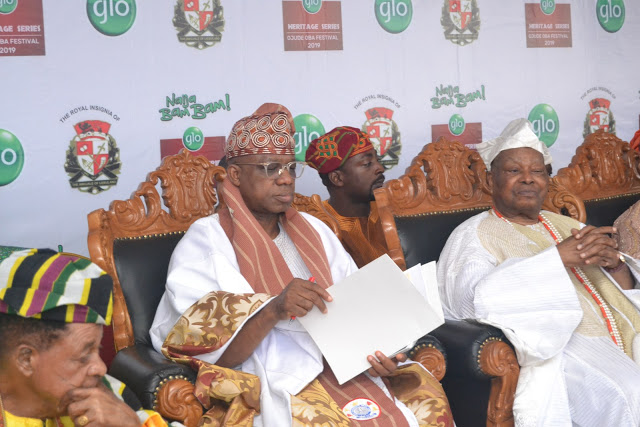 Not many people know that there are 50 Ijebu age-grade groups that dazzled at the just concluded 2019 Ojude-Oba Festival held at the Awujales Pavilion, opposite the palace in Ijebu-Ode.

They also did not take part in the march past. Egbe Mafowoku (Awujale’s Age Grade) and Egbe Olugbadebo were granted the privilege of staying within the Royal Pavillion because their members are over 80 years old and it might be difficult for them to ascend and descend the gangway/stairways. The 3rd group is also Egbe Olugbadebo Obinrin (Elites) with late Iyalode Bola Onabanjo as the Iyalode. The 4th age grade is Egbe Bobayo Okunrin with Giwa Dhikrullah Bosun Oke as the Giwa and Otunba Subomi Balogun as Baba Egbe. The 5th is Egbe Bobayo Obinrin. It has Iyalode Tamu Dapo Owodunni as the head. Next is Egbe Bobagbuyi Okunrin. It has Giwa M.A. Oreagba as the leader. That is the 6th.

There is also Egbe Jagunmolu Okunrin (Asiwaju). It is the No. 35 age-grade group. Asiwaju Bamidele Ogunbowale is the Baba Egbe. The Iya Egbe is Iyalode Toyin Idris Oluwole. The Giwa is Fatai Salami.