6-yr-Old Boy Found Inside A Freezer In Lagos 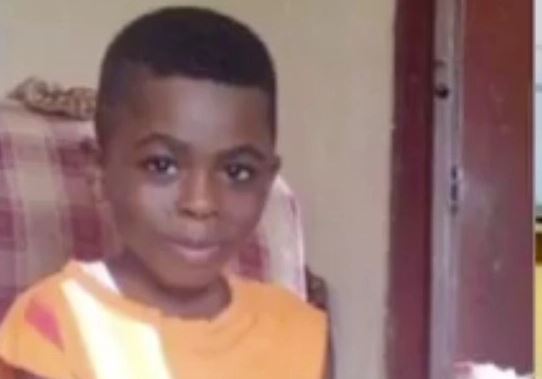 Men of the Lagos state police command are currently investigating the circumstances surrounding the death of a six-year-old boy, Treasure Akinsohun, whose body was allegedly found inside a freezer of a neighbor in the Ketu, Alapere area of Lagos.

Narrating how it all happened, his distraught mother, Eunice Akinsohun, said she noticed her son was not among the other children that were playing in the compound, and When she asked for his whereabout, the other children could not give an answer. She searched around for him but could not find him. She immediately went to Alapare Police Station to report her missing son.

“I also called my husband on the phone to inform him of the development. “Before I got back home, a crowd had gathered at my sister’s house at Alapere to help in the search for my son. Throughout that day we couldn’t locate the exact place where he was. When my husband eventually arrived, he also tried his best with my sister’s husband and some elders in the community. He was still not found. That was how we went to back to Ikorodu that night with tears and anguish.” she told New Telegraph

Eunice said she and her husband were on their way back to Alapere from Ikorodu when they received a phone call that her son had been found in a woman’s freezer at Orisigun Street.

“Immediately I saw the corpse of my son, I fainted. I was later revived at the hospital. “What surprised me was how my son got into a freezer at another Lagos CP, Mu’azu street. I still don’t understand how he got into the freezer as I speak with you. But it is left for the police to investigate.”

Also speaking, the distraught father, Ojo Akinsohun, said he was preparing to go out when he received a phone call from his wife that their son was missing.

“I heard that the night my son was missing, the daughter of the freezer’s owner was sent to bring sachet water from the freezer, but she didn’t find the boy inside. I am surprised how the boy got into the freezer. I want police to investigate it and get to the root of the matter. I can’t sit down and allow my son to die in vain.”

Confirming the incident, the Lagos state Police Public Relations Officer (PPRO), DSP Bala Elkana, said the body of the victim has been deposited in a morgue.

6-yr-Old Boy Found Inside A Freezer In Lagos was last modified: April 26th, 2019 by Reporter