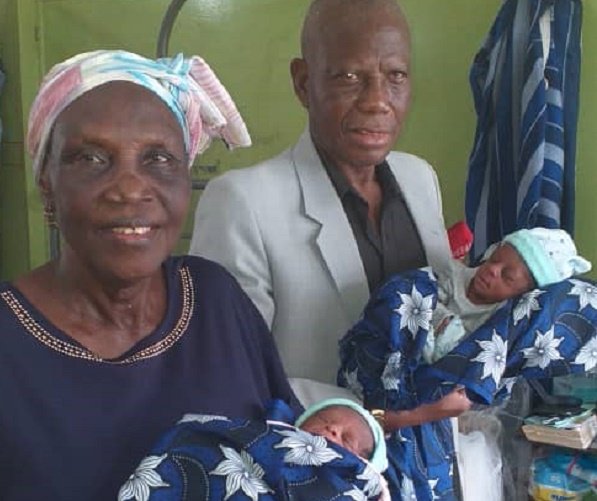 A 68-year-old woman has been successfully delivered of a set of twins — a boy and a girl — at the Lagos University Teaching Hospital (LUTH), Idi Araba.

Wasiu Adeyemo, chairman of the medical advisory council (CMAC), broke the news on Sunday in a statement shared via LUTH’s Twitter page.

Adeyemo said the woman, who got pregnant for the first time with the aid of In Vitro Fertilization (IVF), was delivered of the babies on April 14, through an elective caesarean section.

“LUTH has successfully delivered a sixty-eight (68) year old primigravida (pregnant for the first time) with twin (a male and a female) gestation (pregnancy) following an IVF conception. She was delivered through an elective caesarean section at 37 weeks gestation on Tuesday, April 14, 2020,” the statement read.

He explained that the IVF and embryo were done at a separate location but later referred to LUTH during the early stage of the pregnancy where it was consequently managed until delivery.

According to him, the development was the first of its kind in LUTH, Nigeria and Africa, adding that both the mother and babies are in a good state.

“The IVF and embryo transfer were done at an outside facility. She was thereafter referred to LUTH at early gestation and managed till term. This is the first in LUTH, Nigerian and Africa! Mother and babies are well,” the statement added.