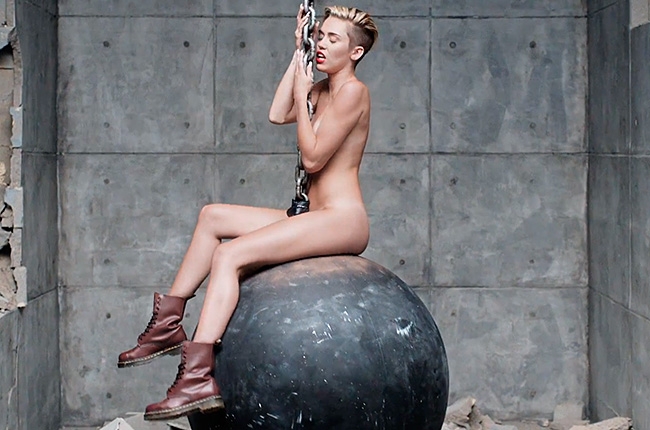 Did you know the real name of Miley Cyrus? She has a beautiful name, Destiny Hope, but she legally changed it to Miley in 2008. Plus, she was born left handed but her dad Billy Ray taught her to use the right hand.

2. She was kicked out of school

Miley Cyrus was home tutored and never attended school. Moreover, she was reportedly kicked out of Evangelical Private School. The reason was either because Miley Cyrus told a classmate what French kissing was or she stole her teacher’s motorized scooter.

Miley Cyrus is blessed to have many siblings. She has a younger sister Noah and a younger brother Braison. Miley Cyrus also has 3 half siblings Brandi, Trace, and Christopher.

Miley Cyrus is a true tattoo junkie. She has 22 tattoos and one of them symbolizes her strong support to the LGBT community. Other tattoos are a portrait of her grandma, word Love, peace sign, a cross, a heart, and more.

Miley Cyrus has a prominent family but it is not all. She also has a famous godmother, Dolly Parton, a legendary singer, philanthropist, businesswoman, and actress. She made a cameo appearance in Hannah Montana where she played Hannah Montana’s aunt.

Miley Cyrus once confessed that she has one of the most crippling of phobias, arachnophobia. She is afraid of spiders and can do anything about it.

Miley Cyrus had her first scandalous moment when she was 15. She appeared on Vanity Fair wrapped in a simple satin bed sheet with her back exposed. It was a bold step, I would say.

Miley Cyrus is also a big philanthropist and a role model. Despite her young age, she has already contributed to making the world a better place to live.

7 Astonishing Facts about Miley Cyrus was last modified: May 27th, 2017 by Daniji Emmanuel

5 Tricks to Help You Make Faster Decisions at Work

10 Fabulous Restaurants You Should Visit in Chicago