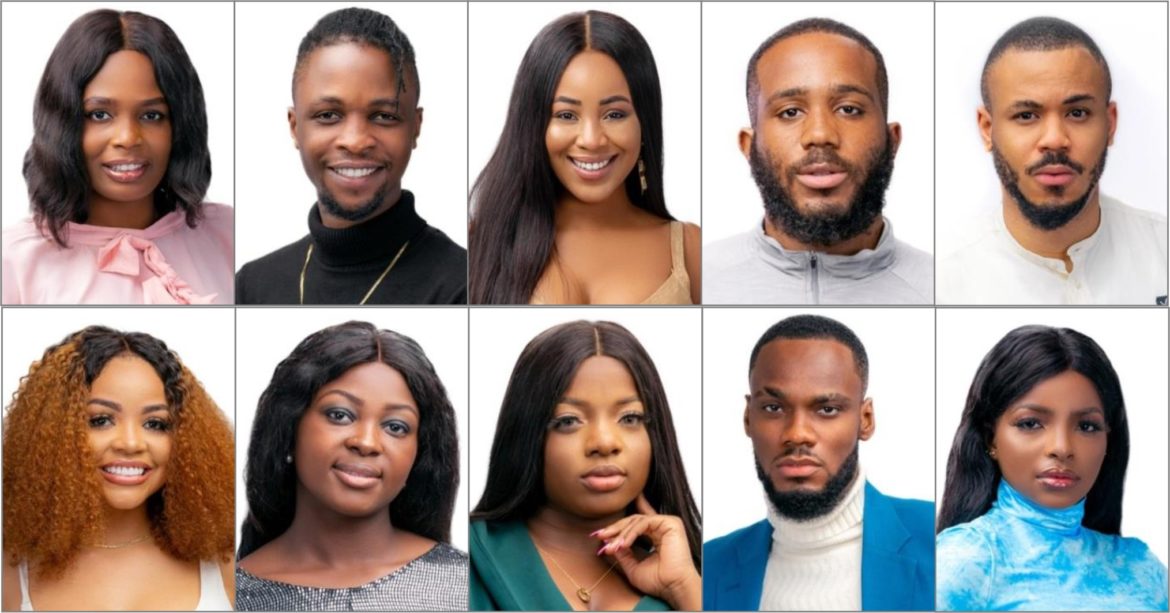 Just within two weeks the Big Brother Naija reality show started, a lot has happened in the house already. Many are of the opinion that this particular season has more good looking guys and ladies compared to other seasons and each of this housemate has attracted the interest of lots of viewers and celebrities for several reasons.

Some love ship has also started sailing in the house, though some viewers believe its too early while others are of the opinion that it is normal within this short period too. Lots of celebrities have also been able to choose housemates they want to throw their weight or support behind. Below are the top 10 most talked-about or trending housemates of this season.

Olamilekan Agbeleshe known as “Laycon” is the most talked-about housemate for this season. He was the first housemate to get verified on Instagram. This 26 years old singer entered the house looking funny in a glowing jacket but just a few hours inside the house his intelligence has attracted many followers to him. Someone even described him as Soyinka in Naira Marley’s body and lots of “A-list” stars are already supporting him.

Olamilekan is a University of Lagos best graduating student. He bagged a degree in Philosophy and his grass to grace story has also attracted lots of people to him. He was looked down upon initially at the beginning of the game but grace and his intelligence brought him out and many are of the opinion that he would be one of the housemates that would make it to the finals in the house for this season.

Dorathy Bachor is a 24-year-old entrepreneur from Lagos. She is naturally endowed and this has remained a side attraction to many watching the show. Some men even claim they watch the show just to have a glimpse of her in the house, she is the second housemate to be verified on Instagram.

A lot of negative stories have been spreading outside the house about this lady, that she was a runs girl before she went for the reality show. All these rumours about her have drawn a lot of attention to her. A lot of celebrities love her for being a free-spirited person and also support her when it comes to negative stories trending against her.

Besides all these, she is also involved in a love triangle, which involves Ozo and Nengi as well. So many are looking forward to seeing, between her and Nengi, who the finest guy in the house Ozo would settle for.

Ozoemena Chukwu is one housemate many celebrities and viewers, mostly females, queue up to watch in the house. Just within a few days he got into the house his followers on Instagram went from one thousand plus to 12k followers, many kept asking for his Instagram handle to follow him up.

He is blessed with a look that can melt any lady’s heart, above all he is from a good family. Just a few hours in the house, viewers started merging him up with the finest female housemate Nengi and she was equally attracted to him too but Ozo tends to be confused as he certainly got a thing for the well endowed. Dorathy. Their love triangle is one thing lots of people are looking forward to, to see how it will eventually unfold. Ozo’s looks will definitely keep him in the house for long considering the number of female fans supporting him.

Rebecca Hampson is the prettiest female housemate this season. She was a one time model, she is a complete definition of beauty and brains. Some even described her as “High Budget Tacha”, she emerged the first head of house in the house. This River State-born beauty has gained lots of support and fans outside the house already. She is also someone that believes when you want something, you go for it. She is attracted to Ozo and shie is not hiding it all, their relationship is something lots of viewers are waiting to see especially with Dorathy in the picture. They are eagerly waiting for how it will all play out.

Many viewers see Mercy Eke’s attribute in Nengi and they love the fact that she is not just blessed with looks but brains as well.

Terseer Kiddwaya is one of the most trending housemates for this season. He was born in Lagos but stayed in the United Kingdom for about 6 years. He is the son of a Nigerian billionaire businessman, Terry Waya. His personality can be described as a combination of arrogance and self-confidence. Many are looking forward to his relationship with the beautiful Erica, they are both one of the most talked-about love birds in the house, even though Laycon tends to be coming into the picture, but Kiddwaya and Erica look more like a perfect couple.

Aisha Umaru is a 25 years old entrepreneur from Sokoto State. This adventurous young lady considers herself a great team player who gets along with people. This is the very first-time BBNaija has a contestant from the North and lots of viewers are already supporting her.

She is a very emotional person. She broke down recently in the diary room where she opened up to Big Brother that her 10 housemates are all fake, she has a good number of fans and followers already.

Florence Anyansi is one of the oldest housemates for this season. She is a talented lady and also a single mother. Wathoni is also among the trending housemates, she had a face-off with Kazna over Friday trivia game. They both almost got physical, she was described by many viewers as the housemate that has Ceecee kind of anger in her.

Her story about getting pregnant as a virgin at 23 also made her trend. Lots of viewers have developed some sort of likeness for this single mother of one.

Prince Nelson Enwerem is the son of Eze Ebii 1 of Ebieland in Imo State. He is also among the good looking guys in this season and among the housemates that have been able to entertain viewers and celebrities and already canvassing for support to remain in the house to the final. He is no doubt among the happening guys in the house and his “Royal Army” movement is trending a lot on social media. He also declared that a good name is far better than riches, this statement has made a lot of people fall in love with the handsome dude.

READ ALSO: HOW I LOST MY 1ST CHILD A DAY AFTER SHE WAS BORN – EX-GOV. RASHIDI LADOJA’S DAUGHTER, BOLATITO

9 Housemates To Watch Out For In BBNaija Lockdown Season 5 was last modified: August 5th, 2020 by Precious Pomaa

How Daily Intake Of VITAMIN C Can Help Battle COVID-19