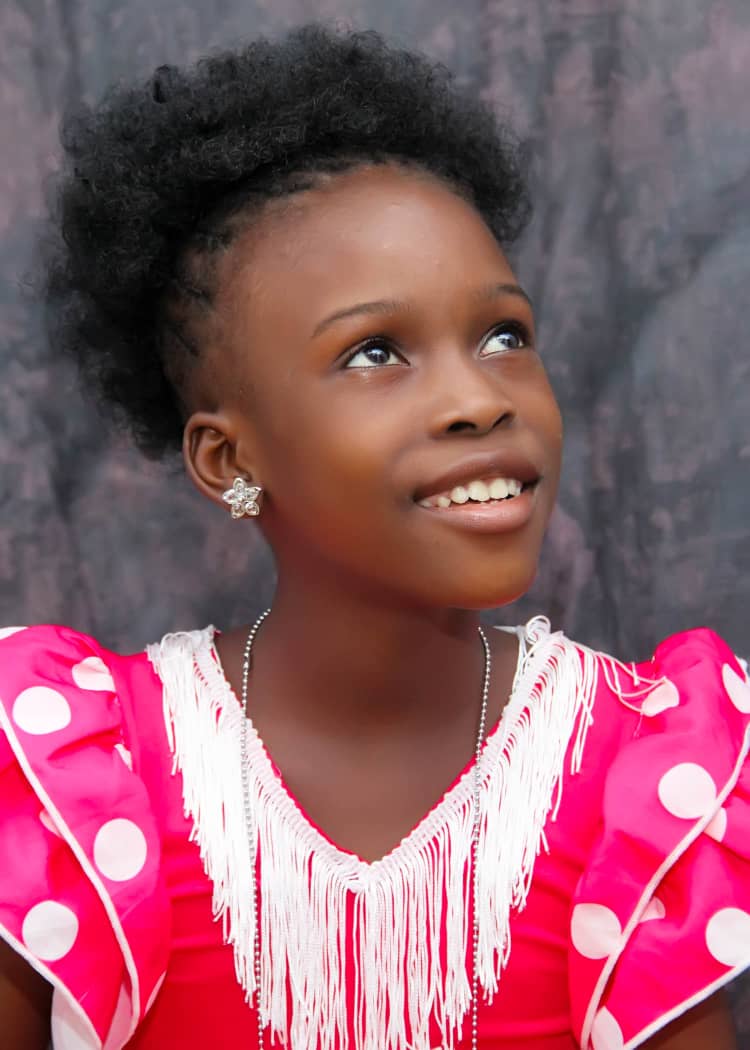 At the Night of Hymns & Praise in of Special Apostle (Engr.) Dickson Adekunle Awode, the Chairman/General Leader of the Victory District of Cherubim & Seraphim Movement Church, held at Divine Blessing Cathedral in Lagos, one little girl got on stage and dazzled everyone with her songs

Papa Awode died at 81, and as one of the leaders of the church, a lot of C&S members stormed the service which began at and went far into the night. The 9-year-old girl is Feranmi Amusa a.k.a. Golden Angel. Though she is 9 she has lately been shaking the entire Christendom with her unique voice and style of music.

When Feranmi sings, you won’t believe she is just a little girl. In fact, if you listen to her songs from afar, you will never believe the voice you are hearing belongs to a girl. Her music career was discovered very early. She was discovered at age 4 by her mother. She has also performed before the Ooni of Ife, Oba Enitan Ogunwusi, and his at the last praise and worship nite of his wife, where Feranmi performed. She performed for 4 nights at 2018 Lagos Fiesta in 2 different locations, a night at Agege, and thrice at Eko Atlantic. She performed at Moses Orimolade University, Prophetess Esther Ajayi’s Concert.

She was also at 2018 Ovation Carol. Feranmi a.k.a. Golden Angel is an embodiment of grace and talent. She has performed in several C&S/Celestial Churches and she is popular among them. Speaking on how her mother discovered the giant inside of her at age of 4, she said.

“I noticed whenever she watched or listened to any hip-hop song, she quickly it, even at that age and I don’t want that kind of foundation for her. Since I am also a singer, I started tutoring her. I will always ask her to sing praise and worship along with me whenever I am rehearsing, and by the time she turned 5, she has mastered different kind of praise and worship songs.

She sings with ease, and that has been reflecting in the way she perform and arrange her songs on stage”.Come Sunday, 31st March, 2019. The young Juju/Gospel singer, talented Feranmi Amusa a.k.a. Golden Angel will launch her first album titled “Oluwaferanmi” at Simply Simple Hall, situated at Ajegunle, Alagbado, Lagos.
– Sunday Adigun