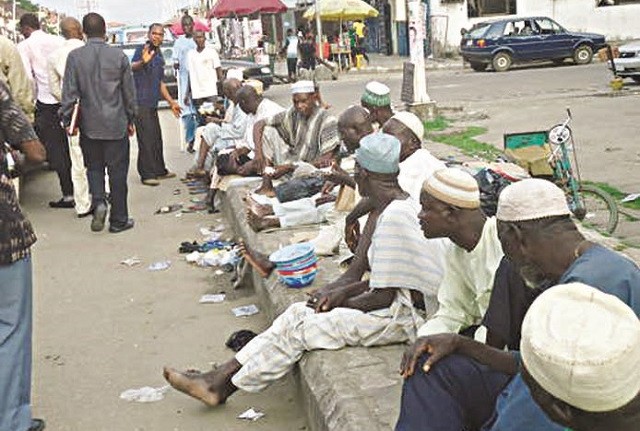 The Kano State Hisbah Board on Thursday said it had arrested 98 beggars in Kano metropolis for allegedly contravening the law on street begging.

Malam Dahiru Nuhu, the Officer in charge of the board’s anti-begging unit, disclosed this to the News Agency of Nigeria (NAN) in Kano.

Nuhu said that the beggars were arrested at about 12.15 a.m. in different parts of the city, including Bompai, Lodge Road and Yankaba Motor Park.

He said that 68 of the arrested suspects were street urchins (almajiris) aged between nine and 17.

YOU MAY ALSO LIKE: NIGERIAN NAVY UNCOVERS 6 NEW ILLEGAL REFINERIES IN RIVERS

According to the Hisbah official, most of the beggars are from Bauchi, Katsina, Gombe and Yobe States.

He explained that those who were not from Kano would be repatriated to their states and urged them to find something tangible doing to better their lives.

Nuhu said that Kano state indigenes among them would be properly screened, counselled and thereafter released since they were first-timers.

Violation of the law banning street begging in the state attracts a minimum of three months jail term.