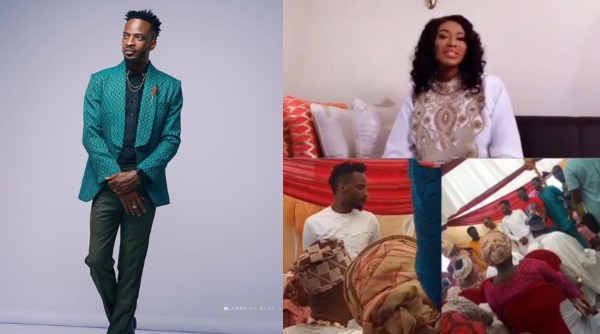 Singer, 9ice has reportedly married U.S-based Engineer and businesswoman, Adetola, on Saturday, August 25, 2018, in a secret wedding via Skype

9ice might have just lied or just had a change of heart.

A few years ago, the singer told comedian and TV host, Teju Babyface, that he will never get married again after his marriage to Toni Payne crashed.

Well in May 2018, he got engaged to a U.S-based Engineer and businesswoman named Adetola, and then on Saturday, August 25, 2018, he reportedly secretly got married to her via Skype because she could not make it down to Nigeria.

Sources close to 9ice further alleged that she is pregnant for the singer, making her the fourth woman to bear a child for the ‘Gongo Aso’ crooner.

The happy ‘over the seas’ event was kept a secret after phones were banned from the venue, but good news cannot be hidden for too long, especially when one is in the eye of the public.

Congratulations 9ice, we wish you all the best in your new marital bliss.