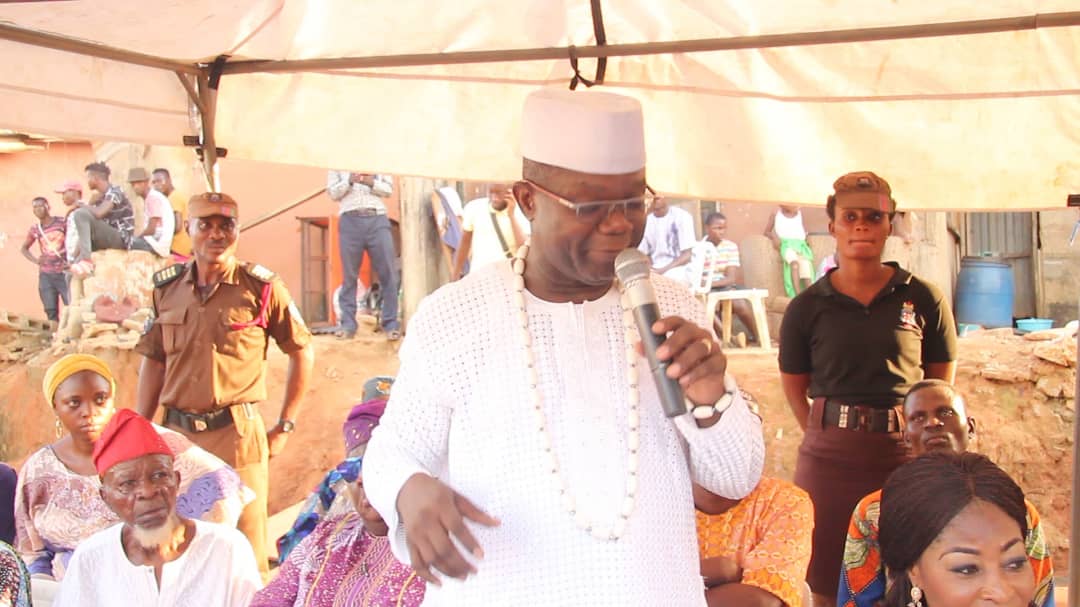 High Chief Owolabi Salis, the governorship candidate of the Alliance for Democracy (AD) has said that any government that wants to pride itself as successful must be able to bridge the gap between the rich and poor people in the state.

Chief Salis said this on Sunday, December 16, 2018 at the Nigerian Institute of Journalism, Ogba in Lagos, venue of the Coalition of South-South People Cultural conference, where he was invited to speak on the theme “south-south people and the economy stability of Lagos.

“A successful government is one which can bridge the gap between the rich and the poor in basic needs of human life such as food, housing, employment and health. Any government that has failed to provide such for its people, no matter how long it has spent has failed in its responsibilities and cannot be rated as being successful.

“The poverty mentality amongst the children of the masses in Lagos is as a result of the designed systemic slavery put in place by the government of the day. Their schools are designed to look poor so that they can have low self-esteem and a poor mentality even from childhood,” Chief Salis said during his lecture.

He further revealed that the only way out of this systemic slavery is for the masses to fight back by voting out a government that has proven over the years not to be trustworthy and vote in a new set of people who are loyal to the masses and not an individual.

Speaking at the event to corroborate Chief Salis’ point of view was one of the pillars of leaders of the coalition of the south-south movement, Chief Edwin Nwuazor who noted that the contribution of the south-south community to the growth of the economy of Lagos cannot be underestimated, hence, there is a need for the movement to come together and support a party that has the interest of all Lagosians at heart and not just a party that is meant to service only a select few.

Chief Salis while speaking with journalists at the event revealed that his party has been working tirelessly to combat vote buying and vote rigging in Lagos as it is obvious from the results of elections in other states that the ruling party has resolved to that to win elections.

“You see, if elections are conducted today, I am sure that we are going to win, so we have been working with INEC and other interest groups to curb vote buying and vote rigging as it has been evident in the elections conducted in other states, Ekiti and Osun as examples.

“In 2015 for example, in places like Surulere and Oshodi, people stood by their votes and it worked. We are going to do the same across the state; no individual can be so powerful to trample on the right of the people except the people allow such to prevail. We are not going to allow the masses to be cheated again this time around.

He further revealed that the only solution to the transportation problem in Lagos is the subway system and if voted into power, it will be one of the priorities of his government.

“I don’t know of any functional mega city in the world that does not operate the train system, only Lagos. Lagos should be the sixth or seventh most populated city in the world and yet we rely only on roads to transport ourselves; that’s a huge problem for us. A functional rail system will ease the pressure on roads and also provide jobs for many in the state, that’s one of the things our government is ready to do for Lagos.”

President of the south-south coalition movement, Chief Achi Moses lead a team other members of the movement to present a letter of endorsement to Chief Owolabi Salis and members of the Alliance for Democracy as a sign of support for the party in the forthcoming governorship election in Lagos.

“A Successful Govt Bridges The Gap Between The Rich And Poor” – High Chief Owolabi Salis was last modified: January 4th, 2019 by Damilare Salami