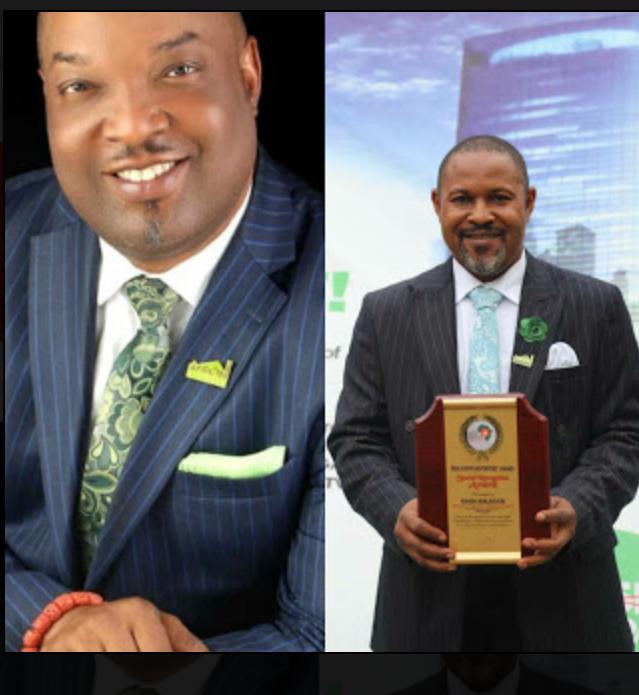 Pan African Real Estate Company, Adron Homes And Property has continued on the path of excellence as the brand has just bagged another credible award to stay atop as the leading light in the real estate industry in Nigeria.

In a similar vein, Popular actor and movie producer, Saheed Balogun, who also double as the Head of Media, Adron Homes also emerged winner of this year’s Real Estate Reporter’s Award having been considered as the most viable Real Corporate Image Maker of the Year in style.

The Star actor and brand ambassador, Saidi Balogun, while speaking to  newsmen shortly after the presentation of the award expressed his joy at the honour bestowed on him and the brand he represents, saying those who didn’t believe in his marketing skills should begin to have a rethink now.

“I am honoured to emerge winner of this year’s Real Estate Reporter’s Award as the most coveted Real Corporate Image Maker of the Year.  It has been a privilege to work as the Media Director of Adron Homes and Properties. I believe that this award will serve as a source of encouragement to accomplish more feats and actualize bigger goals.”

“I dedicate this award to the Managing Director of Adron Homes and Properties, Mr Adetola Emmanuel King. This award has become one of my most remarkable achievements this year. I believe this is just a start to accomplishing greater feats and breaking new grounds.” He added.

Saidi Balogun added that  being the Media Director of Adron Homes and Properties, the honour would keep encouraging him to get better at his job, even as he insisted that the new job has not affected his movie career.

Aare Adetola EmmanuelKing, who was honoured with a special recognition award as a leading light in the real estate industry in Nigeria, appointed Balogun as the company’s Director of Media and consultant on entertainment in September 2019 with the mandate to use his popularity and professionalism to further expand the frontier of the business, especially among young people. i

NCDC Issues New Guidlines On Discharge Of For COVID-19 Patients