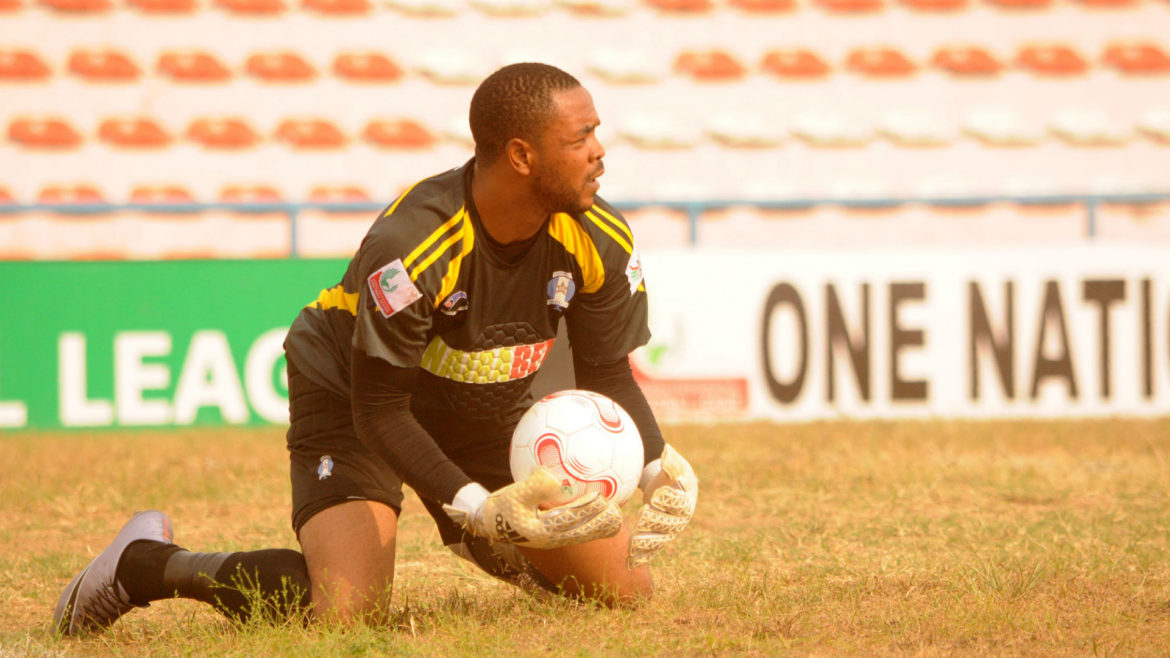 PREMIUM TIMES gathered Tambe went for his usual morning walkout at about 7 a.m. in Apata area of Ibadan where he stays with his family.

Some hoodlums waylaid him and collected his wristwatch and handset and they thereafter shot him on his hand.

A source close to the family told PREMIUM TIMES that Tambe’s wife (a practicing journalist) is at the UCH where she has made the initial deposit for the treatment of her husband.

He said: “This is another sad news in the NPFL, I just spoke with the wife now but she is just too devastated to say anything, she just told me that she is in UCH to deposit some money so they can begin the treatment of her husband.”

On their part, Abia Warriors through their Sporting Director, Patrick Ngwaogwu, released a statement confirming the unfortunate incident but have assured that the situation is firmly under control.

The club said there should be no panic as they are on top of the situation adding that the goalkeeper will be released as soon as he is treated and regains fitness.

“Abia Warriors goalkeeper Charles Tambe was shot by hoodlums in Ibadan this morning.”

“He has been rushed to UCH for medical attention. The club is on top of the situation.”

Abia Warriors like other clubs in Nigeria are on a break following the suspension of the Nigeria Professional Football League due to the spread of coronavirus pandemic.

Tambe though a Cameroonian has a rich history with Nigerian clubs as he has featured for top teams like Shooting Stars, Ifeanyi Ubah and Lobi Stars.

Abia Warriors goalkeeper, Charles Tambe
Players of NPFL have suffered various mishaps in recent weeks. Some have lost their lives to road accidents and some kidnapped.