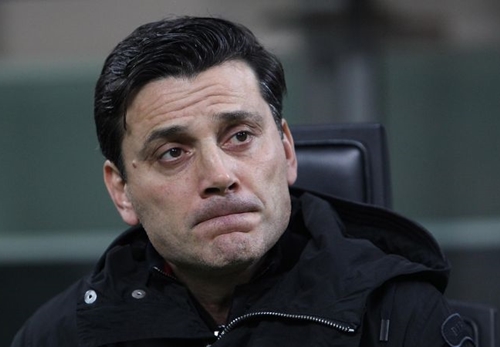 AC Milan have sacked their manager Vincenzo Montella and replaced him with former midfielder Gennaro Gattuso, the club confirmed on Monday.
Montella was appointed Milan manager in the summer of 2016 and led the team to sixth in his first season in charge, also winning the Supercoppa Italiana.

#ACMilan announce to have parted ways with @VMontella. Management of the first team is entrusted to Gennaro Gattuso, who leaves his position as Primavera coach and to whom we wish the best of luck

He signed a new contract this summer and following a transfer window of heavy investment expectations were high.
However Montella failed to live up to those expectations and the club currently sit in seventh, 18 points behind league leaders, Napoli.
Former Milan captain Gattuso was in charge of the club’s youth team and has now taken over the senior side. 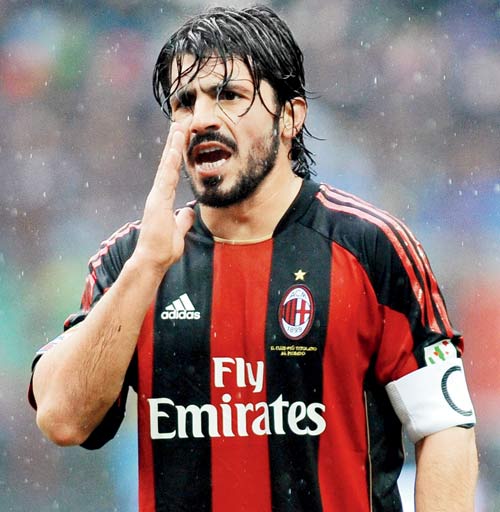 Gennaro Gattuso
The seven-time European champions are lying seventh in Serie A after a goalless draw against Torino on Sunday.
“AC Milan announces the exemption of Vincenzo Montella from the post of coach of the first team,” the club said in a statement.
“Montella is the most appreciated thanks to the work done so far with her staff for commitment, seriousness and professional fairness.
“The technical management of the team is entrusted to Gennaro Gattuso, who leaves his post as Primavera coach, and to whom AC Milan offers the most warmest wishes for good work.”
AC Milan Sacks Coach, Appoint Football Legend, Gattuso as New Coach was last modified: November 27th, 2017 by Arinze Ago