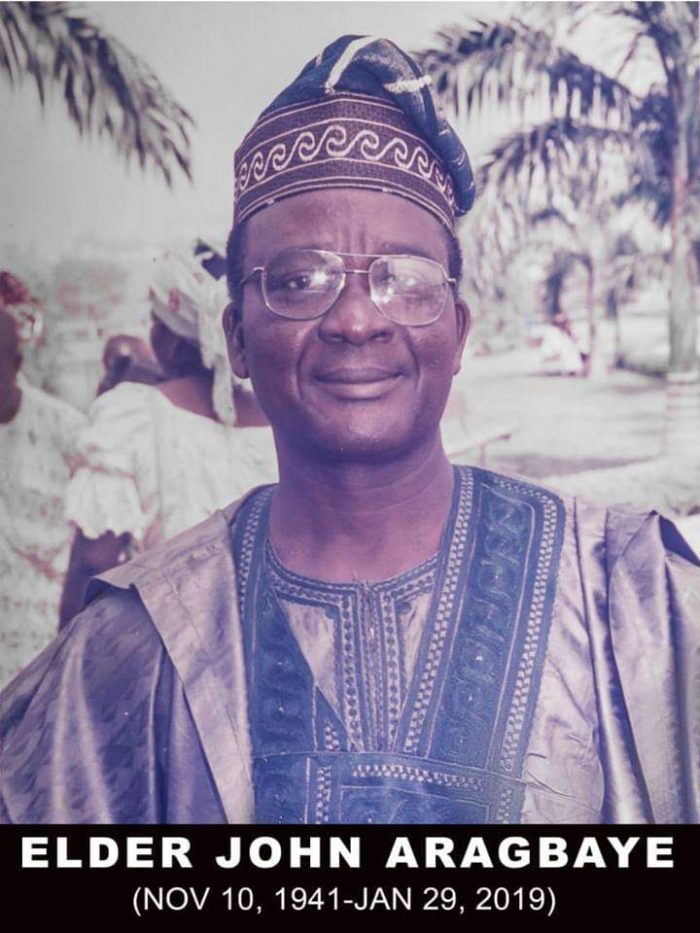 Ace gospel singer Evang. Funmi Aragbaiye has lost his husband, Elder John Bola Aragbaiye. According to the statement released by the family, the septuagenarian passed on, on Tuesday, January 29, 2019.

Burial arrangement has been stated by family. Read statement below;

We announce the home call of our father, Elder John Bola Aragbaiye, who died on January 29th, 2019 at the age of 77 years. He was a top journalist at the Tribune newspapers and later transferred to sketch newspapers in 1967. While in Sketch, he worked as Entertainment Editor, Sub Editor, Supplement Editor and Sunday Sketch Editor. In 1981, he was appointed as Chief Press Secretary to Late Governor Ajashin of Ondo State.

Convoy leaves immediately for Owo, his hometown at his residence, 26, idimepin street, Ijebu, Owo, for laying in state.

Why I Am Supporting BUHARI For A 2nd Term – GANI FAWEHINMI’s Son, MOHAMMED