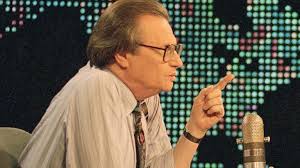 Icon Radio and Television broadcaster, Larry King died on Saturday at the age of 87.

King died at Cedars-Sinai Medical Center in Los Angeles, and the cause of his death is yet to be revealed. The news of his death was twitted by Ora Media, the studio and network he co-founded.

According to France 24, the enduring on-air personality was known for his broadcast interviews with world leaders, and movie stars. His style of interviews defines American conversation for a half-century.

King was a long-time nationally syndicated radio host, from 1985 through 2010. He was a nightly fixture on CNN, where he won many honors and awards.

The iconic TV host has conducted a number of interviews which is estimated to be about 50, 000.