I Have Been Acting For Over 40 Years – Papi Luwe 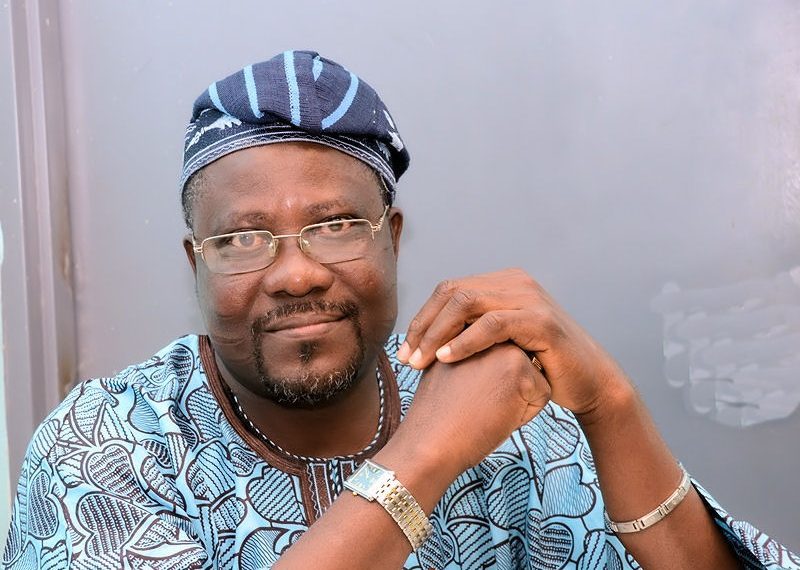 Assistant Society Editor, Abiola Orisile had an exclusive interview with him where he spoke about how he got into acting, how he met his wife Peju and how he got his name Papiluwe.

How do you feel being honoured with a Special Recognition award?

I want to first of all thank God for today and thank the publisher, Dr. Seye Kehinde for remembering me and my people.

I am happy for that. I don’t know why I like the publisher, he is one of those that has kept the entertainment industry. I don’t know how much he has spent to put all this together, but you can see the large turn out of guests who came to grace the events. I pray that the stardom will never go down.

You are one of the veteran in that industry, how long have you been in the industry?

I have been acting for over 40 years. As you can see, I am sitting beside my Egbon, Oga Bello. This is another day for me to seat with  “Other veterans in the industry. You can ask my egbon, Oga Bello, it was stage performance that made up popular. We started from stage, television programme, celluloid and we came to the new revolution.

How did you get into acting seeing that you seem to be very shy?

Yes. If I was told I will be acting, I will say, it is a lie. I never knew I was going to be acting. This is  because I am a very shy person. But If God says yes, nobody can say No. when I started about 40 years ago and I watched my self and laugh. Back to your question on how I started, I was watching a program which was done by University of Ife on Television and I felt, I can also do this.  I later joined Ojo Ladipo Theatre Group and that was how I joined the industry.

You are one of the blessed actors in the industry, you have a wife and a son who are making waves’s how does this makes you feel?

That is a long story. I actually don’t know how to start but. It is  God who made it that Peju Ogunmola my wife is the daughter of our father in the industry, Chief Ogunmola. For our son, Olasunkanmi, If you ask him, he will tell you never wanted him to act but to God be the glory, he has carved a niche for himself.

Let talk about your wife, Peju Ogunmola, what is the Love story like?

If I start, we won’t leave here but I will try to be as short as possible. Like I said, Peju Ogunmola’s father was like a father to many of us. When we travel all over the federation for stage play and we are coming back to Lagos, we always branch to Pa. Ogunmola’s house. Then Peju was so young and very pretty. So I always joke with her that I will marry her.

She will say I am not your wife and I will not marry you. And that was how we later ended up together and we have been together for over 3 decades and still counting. So, I met Peju in her father’s house.

How was it like getting you to agree to Olasunkanmi to act?

Sunkanmi is another man entirely and this is because Sukanmi started acting at age 9 even before he went to Military School Zaria. I must confess to you, I didn’t support him initially.  This is because I wanted him to do something else.

Then acting wasn’t even as lucrative as this. Things were difficult in the industry then, but I thank God that he followed his passion.

Why is it that we hardly see you in movies these days?

People may think I am very selective but I have a name to protect. I look at script and read well any script before accepting it. I don’t care about how much the producer is ready to pay me. I protect my name and I don’t joke with my intergrity. I don’t want to act any role  that will tarnish my image.

How did you get your stage name Aluwe?

Another long story. My stage name  “Aluwe” was given to me by my late boss, “Baba Mero” But I was very social and will always attend KSA shows. So whenever he sees me at any of his show, he will start to sing “Ode Bo Se De, Papiluwe”. So it was KSA that added Papi” to the “Aluwe” and that was how it be became. I  always go to Ariya  hotel to watch KSA then. So that is the story behind my name “Papiluwe”.

I Have Been Acting For Over 40 Years – Papi Luwe was last modified: October 17th, 2017 by Abiola Orisile