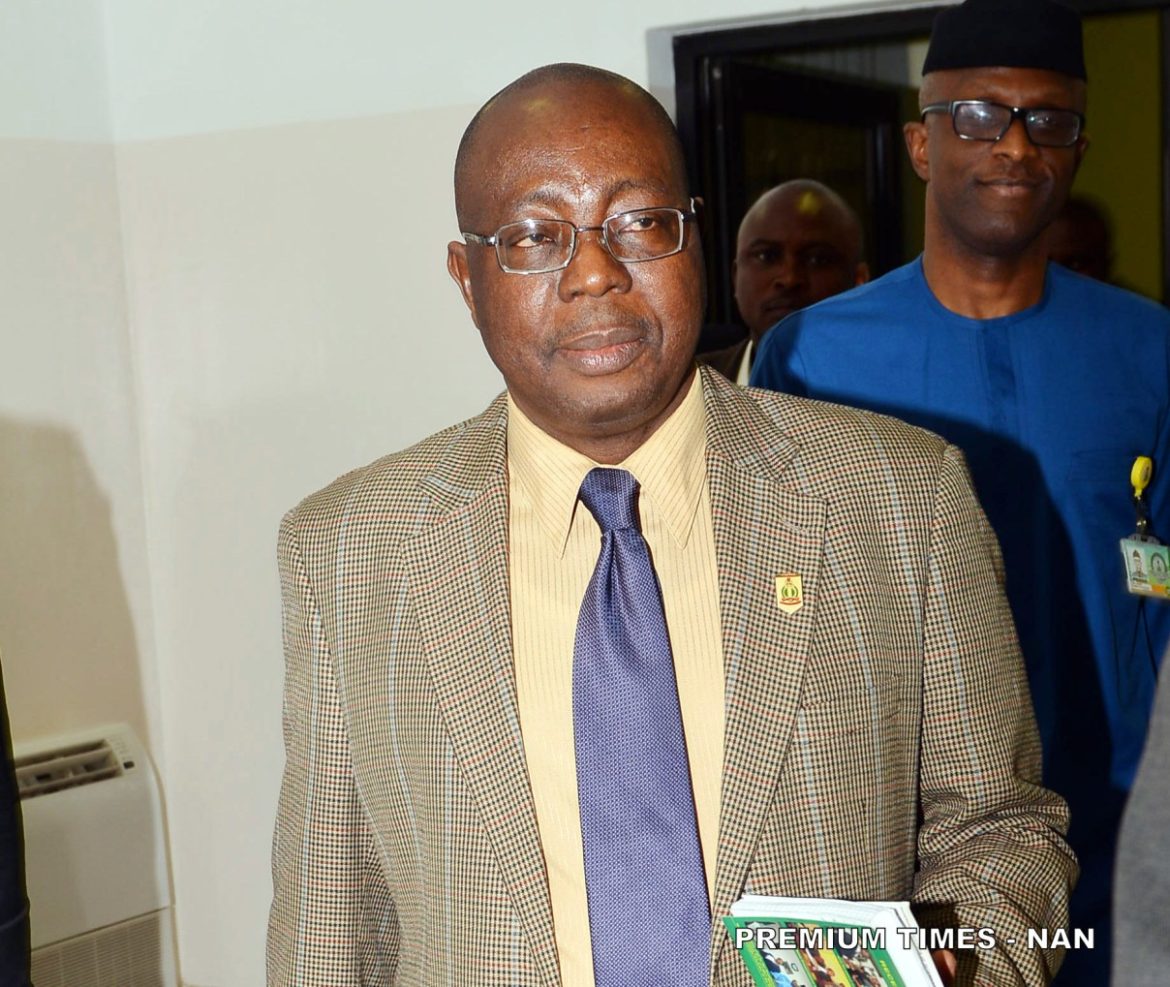 An acting Director-General has been inaugurated for Nigeria’s secret police, the State Security Service (SSS) in Abuja.

He is Matthew Benabafa Seiyefa, who until his appointment was the director in charge of the Institute of Security Studies (ISS), an institution established in 2005 as the cardinal training institution for the SSS.

Mr. Seiyefa is the most senior official at the SSS after Lawal Daura who was sacked on Tuesday on the orders of Acting President Yemi Osinbajo.

The acting DG, an indigene of Bayelsa State, was director of operations between 2007 and 2010 when Afakriya Gadzama ran the agency.

With about 34 years experience, Mr. Seiyefa served in different other capacities, including being state director in Osun, Akwa Ibom, and Lagos States.

Insiders at the SSS said he is close to retirement, and was indeed billed to proceed on terminal leave later this month.

Mr Daura, who was appointed to the post by President Muhammadu Buhari in 2015, was axed over the invasion of the National Assembly Tuesday morning by masked officials of the SSS, an incident the presidency said was not authorised.

Sources said the handing over to Mr Seiyefa was being conducted at the Yellow House headquarters of the agency by the agency’s director of administration and logistics as Mr Daura was not available at the ceremony.

The sacked DG’s official convoy returned without him from the Presidential Villa to the Yellow House hours after Mr Daura was fired.

It is not immediately clear whether and where he is being held. Insiders at the SSS said he was placed under house arrest at the presidential villa. But that could not be immediately verified.

Multiple sources at the agency on Tuesday expressed relief over the sudden end to the Katsina State-born Mr Daura’s three years leadership of the SSS which they said was marked by high-handedness and autocracy.

He was said to have denied five senior officials their official quarters in Abuja, instead allocating the facilities to his relations who are not officials of the agency.

Mr Daura was also said to have cancelled the regular meeting of the DG with state directors, the traditional channel for briefing his office on security issues around the country and the forum for top level evaluation of operations.

He also closed the regular channel of communication with the public as he refused to appoint a spokesperson for the agency throughout his tenure.

Mr. Osinbajo had earlier met with Mr. Seiyefa at the presidential villa shortly after sacking Mr. Daura, and directing him to hand over to the most senior official in the service.

Mr Seiyefa arrived the presidential villa in an official SUV at about 4 p.m., clutching a file.

He was received at the entrance of the Villa by the aide de camp to the acting president. He later left for the SSS headquarters after the meeting to take charge of the security agency

3 Natural Ways To Boost Your Immune...